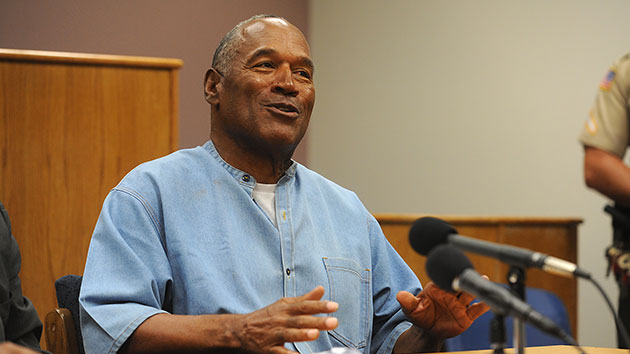 (NEW YORK) — Just days ahead of the 25th anniversary of his arrest on charges he murdered his ex-wife and her friend, O.J. Simpson has launched a Twitter account and says he’s “got a little getting even to do.”The inaugural post of the 71-year-old NFL Hall of Famer, who was famously acquitted of the murder charges in the “Trial of the Century” only to be sent to prison a decade later over a botched robbery, was a shaky video titled “Coming soon,” in which he sports a blue sweater and a bright smile with palm trees visible in the background. By Saturday evening, the video had been viewed almost 5 million times.”Hey Twitter world, this is yours truly. Coming soon to Twitter, you’ll get to read all my thoughts and opinions on just about everything,” said Simpson. His account @TherealOJ32, has already amassed nearly 250k followers in just 24 hours.”It should be a lot of fun. I’ve got a little getting even to do,” he said.A quarter-century after Simpson’s ex-wife, Nicole Brown Simpson, and her friend, Ron Goldman, were found dead, and Simpson’s subsequent acquittal, Simpson remains an object of enormous fascination.In September 2007, Simpson led a group of men into a Las Vegas hotel and casino to steal what he claims was his own sports memorabilia at gunpoint. Simpson was charged with a number of felony counts, including kidnapping and armed robbery.In 2008, Simpson was found guilty in the botched robbery and sentenced to up to 33 years in prison. In July 2017, Simpson was granted parole, and that October was released from the Lovelock Correctional Institute in Nevada.Copyright © 2019, ABC Radio. All rights reserved.