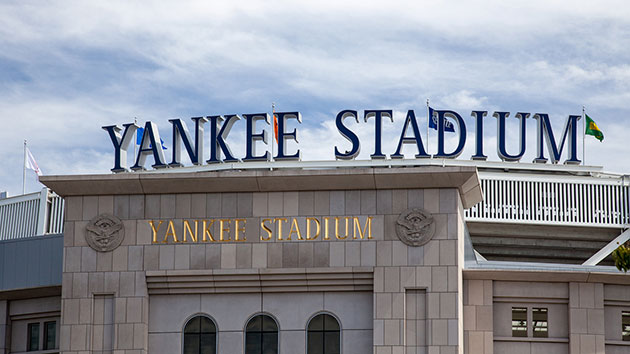 (NEW YORK) — Babe Ruth broke about every record there was in baseball during his Hall of Fame career. Why not add a memorabilia record to the list?A rare game-worn jersey from the Sultan of Swat sold at auction Saturday for a record $5.64 million — the priciest piece of sports memorabilia ever. Of course, just like he did four times with the MLB home run record, he broke his own memorabilia record.The buyer of the jersey has not been released.The previous record was $4.4 million, also for a Ruth jersey, which sold in 2012.The jersey dates back to the late 1920s, when the Bambino would’ve been in his hitting prime. In 1927, he set a home run record that would stand until 1961 and hit at least 45 homers each season from 1926 to 1931.”For well over a decade, I have been researching and evaluating significant major league uniforms of the 20th century,” said Dave Grob, who authenticated the jersey on behalf of SGC, a sports memorabilia company. “Every time I am presented with a historic uniform like this striking Babe Ruth example, I am always rooting for the jersey because, if it proves to be authentic, it means that an extraordinary piece of baseball history has survived.”The jersey does not bear pinstripes; it’s a road gray jersey, but it does have “YANKEES” emblazoned across the front, which only existed from 1927 to 1930. The team generally has had an arched “NEW YORK” on the front of road jerseys and the famous interlocking “N-Y” on the front on their home uniforms.The previous owner of the jersey was not released.It was auctioned off Saturday at Yankee Stadium, along with other items from the man many consider the greatest baseball player — if not American athlete — of all time. Hunt Auctions held the event, which featured over 100 items, including game-worn cleats, contracts and autographs. If auctioneers were looking for someone with a lot of money, at least one billionaire is known to be a fan of the Babe: President Donald Trump. He awarded the late slugger the Presidential Medal of Freedom, the nation’s highest civilian honor, last November.Ruth retired in 1935 — with the Boston Braves, not the Yankees — and died in 1948 at just 53 years old. He was an inaugural member of the Hall of Fame in 1936.Copyright © 2019, ABC Radio. All rights reserved.