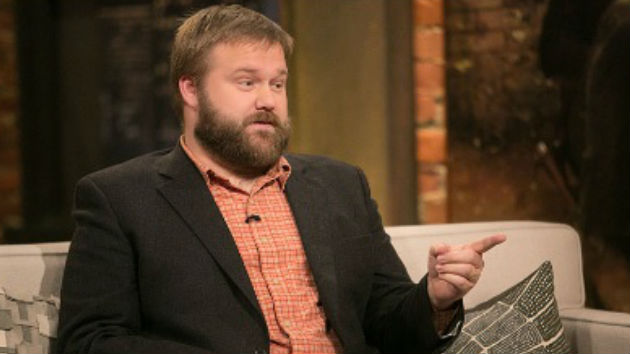 (NEW YORK) — Robert Kirkman created the hit comic series The Walking Dead way back in 2008 — two years before it became the hit AMC show of the same name.

As previously reported, the zombie series is now being adapted into a big-screen trilogy, and now, another Kirkman project is getting the movie treatment. Kirkman’s latest effort, the sci-fi comic Oblivion Song, is being adapted by his multimedia company Skybound and Universal Pictures. Kirkman explain the project to ABC Radio: “Basically there was an event called The Transference that happened 10 years ago, where a large chunk of Philadelphia switched places with another dimension.” He says of its hero, “Nathan Cole is one of the last remaining guys who…keeps going over there to try to save people…stranded in this other dimension that they’ve coined ‘Oblivion."”Oblivion’s song — that is, what draws Cole to keep making the dangerous jump into the monster-filled dimension — is another story.

“It’s a big question as to…what’s wrong with his life that he feels the need to do this and why is he so obsessed,” Kirkman explains.Kirkman has written every monthly issue of The Walking Dead since its inception, and he explains Oblivion Song was a great way to stretch his legs, creatively.

“I’m fortunate enough to still be working on The Walking Dead after so many years…but you know, going and doing new things like Oblivion Song keeps me interested in Walking Dead and keeps that creative fire going.”