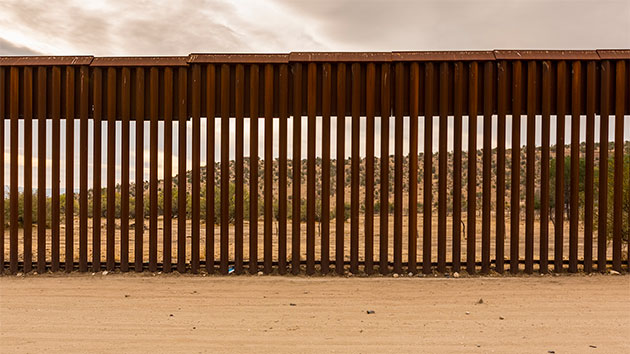 (PHOENIX) — A privately funded border wall in New Mexico is being forced by a government agency to keep a gate open during the day, although local authorities have decided the door can be closed at night, according to an agreement reached Friday with the builders.

It’s the latest twist in a long-running feud between a group that wants to help President Donald Trump build his “big, beautiful wall” using GoFund Me cash and local officials who say it lacked the necessary permits.

U.S. officials from the International Boundary and Water Commission said the barrier was blocking a government-owned access road and the agency had repeatedly asked the group to keep the gate open.

Earlier this week, IBWC workers joined by local authorities locked the gate in an open position after their requests were ignored. We Build the Wall, the group that commissioned the barrier, later said it had worked out an agreement with the agency.

But on Friday, IBWC spokeswoman Lori Kuczmanski said the government had worked out an agreement with We Build the Wall. Government workers have been opening the gate during the day and allowing it to close only at night, she said.

We Build the Wall submitted permit applications at the beginning of June, according to the IBWC. But those came after the group held a ribbon cutting to mark the barrier’s completion last month.

“Just because somebody submits an application request does not mean it can be approved,” Kuczmanski said.

As of Friday, the construction permits were still waiting for approval

The IBWC is responsible for managing waterways along the southern border and shares certain responsibilities with Mexican officials. In Sunland Park, New Mexico, the private land used to build the wall runs up to federal property near the American Dam.

The road that was cut off by We Build the Wall’s gate is used to access the dam for maintenance, Kuczmanski said.

The group had other permitting issues with the city of Sunland Park last month. It led the mayor to issue a cease and desist order before allowing construction to continue.