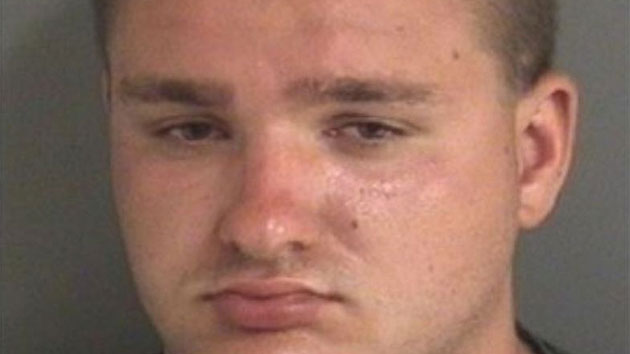 (NEW YORK) — A man who was accused of killing a former Iowa State University golfer and dumping her body in a pond at a golf course pleaded guilty on Friday.

Collin Richards, 22, pleaded guilty to murder in the first degree for the killing of Celia Barquin Arozamena in September 2018, according to a statement from the Story County Attorney’s Office.

Richards was not made a plea offer in the case, and per Iowa law, he will be sentenced to mandatory life sentence in prison without the possibility of parole on Aug. 23, the statement said.

“My heart is with Celia’s family today with the hope that this result will bring them some level of comfort,” Story County Attorney Jessica Reynolds said in the statement. “Please know our entire community supports you and grieves with you.”

Arozamena’s body was found in a pond at the Coldwater Links public golf course near Iowa State University with multiple stab wounds on the morning of Sept. 17, 2018. She had apparently gone golfing alone on that day.

Arozamena’s body was found in a pond at the Coldwater Links public golf course near Iowa State University with multiple stab wounds on the morning of Sept. 17, 2018. She had apparently gone golfing alone on that day.

A K-9 unit tracked the victim’s scent through the wooded area to a homeless encampment. As police were searching the camp, Richard’s approached them and officers noticed that he had “several fresh scratches on his face consistent with fighting,” and that he also “attempted to conceal a deep laceration to his left hand,” according to a criminal complaint.

At the time, Arozamena, a native of Spain, had recently been named Iowa State’s female athlete of the year. She had turned pro after graduating from the college in spring 2018.

“This tragic crime is something we have all been moved and saddened by,” the Story County Attorney’s Office statement said. “But we will not let tragedy define us. We will honor the life and memory of Celia by remembering her great spirit and all the lives she touched and made better in the time she spent with us.”