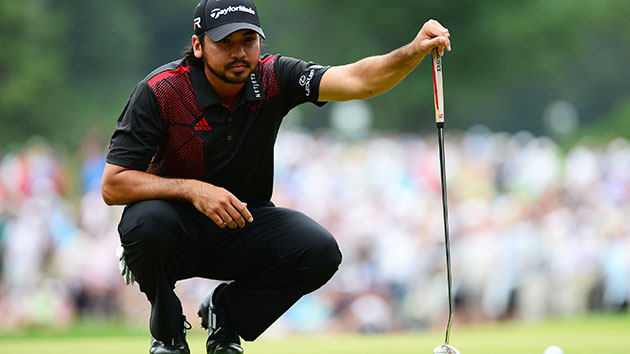 (NEW YORK) — At the end of 2015, everything was going right on the golf course for Jason Day. He was the world’s top-ranked golfer and was just coming off a PGA Championship win.His success followed him into 2016, but it was not long after that Day was faced with a sobering reality: his mother, Dening, was diagnosed with stage 4 non-small cell lung cancer.”It was an emotional, trying time. It was scary for me, let alone what she was going through,” Day explains to ABC News, recalling when his family received the news at the beginning of the 2017. “It was difficult for me to play golf while she was going through this.”Day took time away from the sport in 2017, uncertain if he would return, explaining to ABC why he made such a personal decision:”She was telling me to go play golf, but I just felt like it wasn’t the right thing to do. I felt like I needed to step away and take time away from golf and be with her, and try and fight with her. My sisters… they felt like they were helpless. And I wanted to make sure if my mom felt like she was alone that she wasn’t.”Dening Day was treated that year and her son has since returned to golf: “I was worried about my mom for a very, very long time. I’m not so worried about her anymore. I can focus on my golf again.”As Dening recovers, she and Jason are campaigning to spread awareness about having open conversations with doctors and Dening’s choice to try Biomarker testing to better understand what her treatment options were.Jason says it was important for his family to have those conversations with medical professionals, and it led them to helpful testing and treatment for their situation.He tells ABC News, “For people who are trying to get out there and fight this and it feels like you’re alone, you’re not alone. There are a lot of people out there to support you the whole way.”Day is currently competing in the 2019 U.S. Open, in search of his second major victory.Copyright © 2019, ABC Radio. All rights reserved.