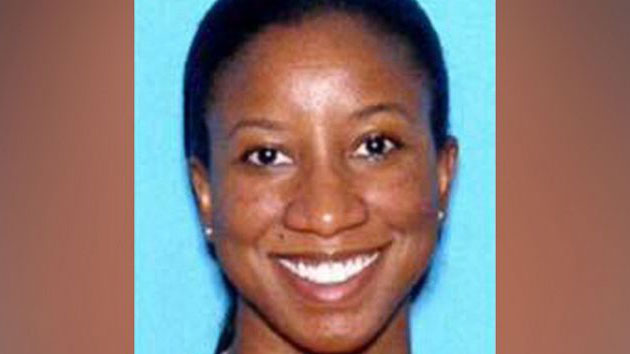 (MIAMI) — A former Miami high school assistant principal was taken into custody Friday in the murder of a school staffer who was his childhood friend, prosecutors said.

Ernest Roberts, a former assistant principal at Miami Norland Senior High School, is charged with the murder of Kameela Russell, a “doting” mother who worked as a teacher and test proctor at Norland, Miami-Dade State Attorney Katherine Fernandez Rundle said at a news conference on Friday.

Roberts and Russell knew each other since childhood and Roberts was godfather to Russell’s two children, Rundle said. Russell’s relatives considered Roberts part of the family, Rundle said.

HAPPENING NOW: Press Conference in my office with @CityofMiaGarden Mayor Oliver Gilbert, @ChiefNoelPratt @MGPDFL & the family of Kameela Russell re the arrest today of her childhood friend, Ernest Roberts, in the disappearance & murder of this beloved teacher, daughter & mother. pic.twitter.com/22l8uqQkTJ

Rundle would not discuss a potential motive. “We all want to know what led to this,” she said.

Russell, 41, was last seen by her family on May 15, authorities said. Her body was found nearly two weeks later in a canal in Miami Gardens. She died from a blunt head injury and her death was classified a homicide, according to the Miami-Dade County Medical Examiner’s Office.

The day Russell disappeared, she drove to Roberts’ house, Rundle said, and was last seen alive walking into his home. Less than one hour after she went inside, neighbors’ surveillance video showed Roberts driving her car away from his home, Rundle said.

That led to a search warrant, Rundle said. Blood was found in Roberts’ home, Rundle said, as well as “extensive evidence” of a clean-up effort.

Roberts deliberately shut down his video surveillance system at his house, added Rundle.

It was not immediately clear if Roberts had an attorney.

Miami Gardens Mayor Oliver Gilbert knew Russell and said “her loss is a loss for everybody.”

“She just welcomed you in,” he said. “It’s easy to understand how kids gravitated to her.”

Russell had worked in the school district since 2014 and Roberts started working there in 2004, according to the district.

Roberts had been appointed assistant principal at Norland in August 2017. He was transferred to a different school in February 2019, according to the district.

He has no prior disciplinary history with the school district, officials said.

“Miami-Dade County Public Schools is appalled and saddened” to learn of Roberts’ arrest, a district spokesperson said in a statement.

“Based on preliminary information we received, the District took precautionary measures while the case was being investigated and immediately removed the individual from duty,” the district said. “Following his arrest, the District has initiated the employment termination process. Our prayers and thoughts continue to be with Ms. Russell’s family.”