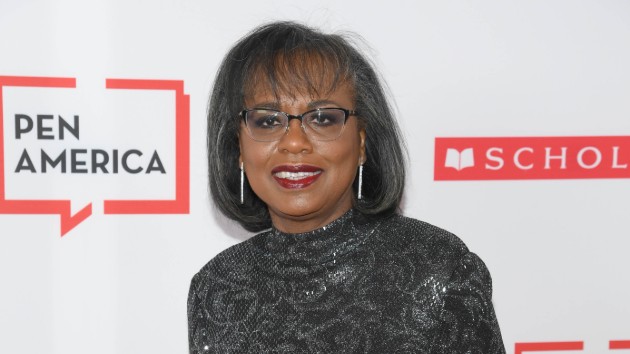 (WASHINGTON) — Anita Hill now says she could vote for former vice president Joe Biden if he becomes the 2020 Democratic nominee — despite her criticism of the way he handled her sexual harassment allegations during the 1991 Clarence Thomas Supreme Court confirmation hearings.“Of course I could,” Hill said in an NBC News interview, when asked if she could conceive of voting for Biden, the current front runner, should he become the Democratic choice to take on President Donald Trump. In an interview with the New York Times back in April, she said she could not support Biden for president until he took full responsibility for his conduct. That included, she told the Times, his failure to call as corroborating witnesses other women who were willing to testify before the Senate Judiciary Committee.She told the Times “there needs to be an apology to the other witnesses and there needs to be an apology to the American public because we know now how deeply disappointed Americans around the country were about what they saw. And not just women.”In the new interview with NBC News, Hill tried to make it clear she saw no moral equivalency between Biden and Trump, who has been accused by more than a dozen women of sexual misconduct.”Absolutely not. I never said that and never intended to say that,” Hill said.The Biden campaign had no comment.Biden — then chairman of the Senate Judiciary Committee — has come under fire for how he conducted the Thomas hearings, when Hill — at the time, a young African American law professor who once had worked for Thomas — was grilled by an all-white, all-male committee of senators about her allegations that Thomas sexually harassed her.Hill still believes Biden is to blame for the way the hearing went as chairman — but doesn’t think that it disqualifies him from running for president .”I believe every chairman of any committee really is responsible for how a hearing is conducted,” Hill said.”I don’t think it has disqualified him. He’s perfectly capable of running for president,” she said.Biden has previously said he took responsibility for the way the hearing went, and the way Hill was treated.“I was chairman. She did not get a fair hearing. She did not get treated well. That’s my responsibility,” Biden told ABC’s Good Morning America co-anchor Robin Roberts during an interview in April after the Times interview with Hill was published. “As the committee chairman, I take responsibility that she did not get treated well. I take responsibility for that.”Biden reached out to Hill prior to announcing his presidential campaign, and had a “private discussion where he shared with her directly his regret for what she endured and his admiration for everything she has done to change the culture around sexual harassment in this country,” an aide for the Biden campaign told ABC News in April.Hill said that Biden’s call did not do enough.“I cannot be satisfied by simply saying, ‘I’m sorry for what happened to you,’” Hill told the New York Times, “I will be satisfied when I know that there is real change and real accountability and real purpose.”Now, Hill says that it isn’t a matter of what Biden could say to make up for the past, it’s actions that matter.”For me, it’s a matter of what we want all of our leaders to say; that is, after almost three decades now of having discovered the problem of sexual harassment, more people understanding it is a serious problem and so prevalent. What I really want our leaders to stand up and say what happened in 1991 will never happen again,” Hill said. Copyright © 2019, ABC Radio. All rights reserved.