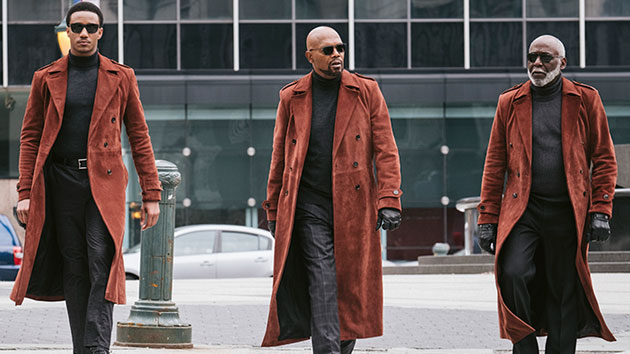 (MIAMI) — One of the summer’s most highly anticipated films, Shaft, helped to officially kick off the 2019 American Black Film Festival Wednesday night in Miami Beach, Florida.

The premiere event, held at the New World Center in Miami Beach, brought out Hollywood’s finest, including three generations of John Shaft.

Richard Roundtree, who played the no-nonsense detective in 1971, arrived on the red carpet to much fanfare and admitted that he’d always wanted to be a part of the ABFF.

“I finally got down here,” Roundtree told ABC Radio. “I’ve been threatening to do this for some time and to finally be here and have a film in it, is a double winner.”

Jackson, another first time ABFF attendee, said premiering his film around other black creatives was definitely a new and welcoming experience.

“It’s always a great thing to be in the company of a bunch of artistic-minded black folk,” Jackson declared. “So we got something in common there, from the jump — the love of film, the love of art, the love of storytelling.”

However, Jackson joked that not everyone who comes to the ABFF on premiere night has the best intentions.

“Some people are here to get their picture signed so they can sell them,” he laughed. “But other than that, it’s a wonderful gathering. The celebrating of other folks’ accomplishments, especially in this particular industry.”

“Even if your film ain’t, like, a big ol’ hit, at least people saw it,” he said. “And they can tell other people about it. And when you make your next one they can say, ‘Oh, that’s that filmmaker that made,’ you know.  You know what I’m talking about.”

As for the youngest Shaft, Usher said being in the company of two veteran actors and having his film open the ABFF is a true honor.

“To be able to come here and open up Shaft mean everything,” he says. “It’s a pleasure to see them. I love seeing these familiar faces. Everybody’s always so happy to be here and it’s a wonderful thing. It’s literally the epitome of black excellence in this building tonight.”