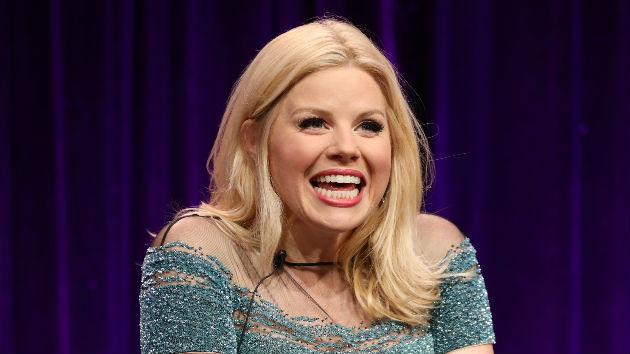 (NEW YORK) — When Broadway star Megan Hilty got the opportunity to be a part of Disney Junior’s new animated show, T.O.T.S, she jumped at the chance. Not only does she love voiceover work, it’s also something both of her kids could enjoy.

“It’s great because I have this mini test audience in my house,” she tells ABC Radio. “So I have my daughter who’s four and my son who’s two. They’re right in the age demographic that is appropriate for the show and they loved it.”

T.O.T.S. follows a penguin and a flamingo — the only two non-storks working at the Tiny Ones Transport Service. Hilty voices KC the Koala and gets to sing in it, too.

“It’s the most fun,” Hilty says. “You know, in a lot of interviews that I do people generally ask, ‘So what do you prefer: stage or things on camera?’ And I say, ‘I prefer doing voiceover and animation.’”

While T.O.T.S. is sure to score points with young kids, Hilty’s adult fans still can’t get enough of her short-lived musical-drama series, Smash.

“It’s remarkable, really,” she says. “I mean, we went off the air, what, six years ago now? And I’m not joking or embellishing at all when I say every single day I’m asked by strangers on the street, in the grocery store, at the coffee shop, about the future of Smash.”

Megan doesn’t have an answer yet regarding Smash’s future, but T.O.T.S. airs on Disney Junior beginning June 14.

Nearly a dozen ex-military members among those arrested in connection with Capitol riot
National Rifle Association files for Chapter 11 bankruptcy
Two US COVID variants have been identified. What does that mean for vaccines?
Nestle delivers sweet taste of nostalgia with new Cinnamon Toast Crunch milk
Yelp to display user-generated COVID-19 safety reviews for restaurants
‘The Mandalorian’ becomes first streaming show to top Netflix numbers in streaming