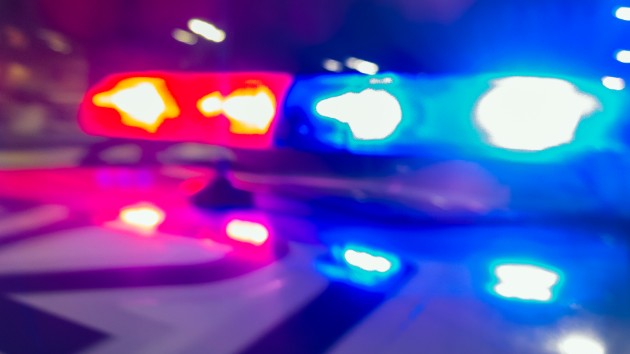 (MEMPHIS, Tenn.) — A man who was killed by U.S. Marshals in Tennessee, subsequently sparking protests that injured dozens of police officers, was wanted for stealing a car and shooting a man in Mississippi, according to authorities.U.S. Marshals were in Memphis to carry out arrest warrants issued out of Hernando, Mississippi, for aggravated assault, conspiracy and armed robbery, DeSoto County District Attorney General John Champion told reporters during a news conference Thursday afternoon.The victim of the shooting in Mississippi had placed an ad on Facebook for a vehicle and had been negotiating with the man who was killed by authorities in Memphis, identified as “Mr. Webber,” Champion said. On June 3, Webber traveled to Hernando where he and the victim took the car for a test drive.Webber then allegedly told the victim that he wanted to see what the car could do, and after the victim got out of the car, Webber shot him five times, Champion said. The victim is alive but is still in the hospital, the prosecutor said.Warrants were issued for Webber’s arrest by the Hernando Police Department on June 8, Champion said.The vehicle was later found on the scene where Webber was killed by authorities in Memphis on Wednesday night, Champion said.A crowd of protesters clashed with authorities at the scene of the shooting after hearing news reports.Multiple police cars were vandalized, the windows at a nearby fire station were shattered and a concrete wall outside a local business was torn down, according to Memphis Mayor Jim Strickland.Some people also hurled rocks and bricks at Memphis Police Department officers and Shelby County Sheriff’s deputies, who were armed with plastic riot shields. At least 36 officers and deputies suffered minor injuries, including six who had to be taken to the hospital, according to Memphis Police Department.Authorities had to use tear gas to disperse the angry crowd. At least three people at the protest were arrested, Memphis Police Director Michael Rallings said. Three people were arrested during the incident and charged with disorderly conduct, police said.”I was proud of our first responders,” Strickland said in a statement. “I’m impressed by their professionalism and incredible restraint as they endured concrete rocks being thrown at them and people spitting at them.””Let me be clear,” he added, “the aggression shown towards our officers and deputies tonight was unwarranted.”Webber was attempting to get into the vehicle when officers attempted to stop him. He allegedly rammed his car multiple times into the officers’ vehicles and then got out holding a weapon. The officers fired at the man, killing him, according to the Tennessee Bureau of Investigation, which is investigating the shooting.No officers were injured in the incident, TBI said.The Memphis Police Department said its officers received a call for assistance from the U.S. Marshals Service, but no police officer was involved in the fatal shooting.TBI said the investigation remains active and ongoing and it will share its findings with the district attorney general.

Keira Knightley will no longer do nude scenes for male directors
Dale Moss says “there’s no one person to blame” for ending engagement with ‘Bachelorette’ star Clare Crawley
Biden’s 1st 100 days live updates: Senators to be sworn in for Trump impeachment trial
Teen speaks out after alerting FBI about father’s alleged role in US Capitol siege
Storms continue to move across US bringing tornadoes, heavy snow, freezing rain and flooding
One dead after car strikes multiple pedestrians in Portland, Oregon