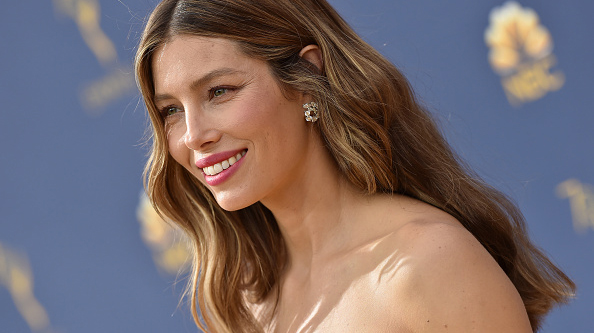 Axelle/Bauer-Griffin/FilmMagic via Getty Images
Posted on June 13, 2019 by ABC News

(LOS ANGELES) — After a wave of reports this week positioned Jessica Biel as taking a stand against children getting vaccinations, the mother and actress took to social media to set the record straight.Biel, who lobbied against California vaccination bill SB276 on Wednesday, clarified her stance by saying that she supports vaccines for children but opposes portions of the bill.”This week I went to Sacramento to talk to legislators in California about a proposed bill,” she wrote. “I am not against vaccinations — I support children getting vaccinations and I also support families having the right to make educated medical decisions for their children alongside their physicians.”Biel wrote that she is against the part of the bill that deals with “medical exemptions.””My dearest friends have a child with a medical condition that warrants an exemption from vaccinations, and should this bill pass, it would greatly affect their family’s ability to care for their child in this state. That’s why I spoke to legislators and argued against this bill,” she explained.”I believe in giving doctors and the families they treat the ability to decide what’s best for their patients and the ability to provide that treatment. I encourage everyone to read more on this issue and to learn about the intricacies of #SB276. Thank you to everyone who met with me this week to engage in this important discussion!” she said.As SB276 states, existing laws allow for vaccination exemptions if the parents “have filed with the governing authority” a doctor’s note “to the effect that immunization is not considered safe for that child.”The new law would require doctors to fill out and submit a statewide standardized medical exemption request form, which would be “the only medical exemption documentation that a governing authority may accept,” the bill says, noting that this form should be created and used henceforth from Jan. 1, 2021.Any request for an exemption would require “sufficient medical evidence” that the immunization would put the patient at risk for severe adverse effects based on guidelines from the Centers for Disease Control and Prevention (CDC).The bill would also require the state’s Department of Public Health to create and maintain a database of approved medical exemption requests, and for anyone who received a medical exemption before the creation of the standardized form to submit a copy of their exemption to the department by Dec. 31, 2020, in order for it to remain valid. The bill would authorize health officials to revoke a medical exemption if they determine that it is fraudulent or inconsistent with CDC guidelines.Biel didn’t go into detail about the condition her friend’s child has, but most states currently allow for medical exemptions for certain reasons, including having life-threatening allergies, weakened immune systems or conditions that make a child bruise or bleed easily, among others outlined by the CDC.Some states are moving toward eliminating religious and personal nonmedical exemptions for vaccines, and some are trying to crack down on medical exemptions by requiring a doctor to write a letter, as seen in SB276 and California’s SB277 from 2015.”There is solid medical and scientific evidence that the benefits of vaccines far outweigh the risks,” the CDC says.There has also been no credible association between vaccines like that for measles, mumps and rubella (MMR) and developing autism, the CDC says.The National Vaccine Injury Compensation Program was designed to deal with cases where a health condition might develop after a vaccine and can provide financial support to those affected, but these cases are rare.”Most people who get vaccines have no serious problems,” a spokesperson from the National Vaccine Injury Compensation Program previously told ABC News. “Vaccines, like any medicines, can cause side effects but most are very rare and very mild. There is no credible scientific evidence of any link between vaccines and autism. The government has never compensated, nor has it been ordered to compensate, any case based on a determination that autism was actually caused by vaccines.”

States trying to ramp up vaccinations frustrated by shortages
“I was just trying to keep warm!” Bernie Sanders laughs on ‘Late Night’ about his meme-ready picture
Jane Krakowski loves ‘Dickinson”s spin on the poet
Olivia Jade returns to YouTube after over a year, “I can’t change the past”
Georgia Black women leaders on ‘saving democracy’ by helping flip Senate, fueling Biden-Harris win
Clare Crawley breaks her silence on split from Dale Moss: “This was not what I expected or hoped for”