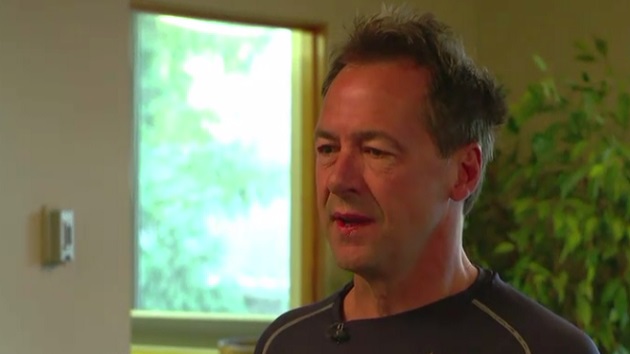 (WASHINGTON) — On Thursday, the Democratic National Committee will take the first step to winnow down the two dozen Democrats trying their hand at the 2020 presidential election when they announce who will make the stage for the first Democratic debates in June and July.While the vast majority of the major candidates running have already qualified for the debates, which offer key exposure and are broadcasted before millions of Americans, there is one candidate – Montana Gov. Steve Bullock – who is primed for a battle with the DNC to let him on the stage.Bullock, who has centered his campaign on his ability to win over Montana voters who also support President Donald Trump, said in an op-ed Wednesday that the DNC not including him in the debate is a sign the Democratic Party has not “learned the right lesson from the 2016 election.””If we’re going to take back the places we lost — and then do the hard work to get our country back on track — we can’t let the DNC’s new rules exclude the perspectives of leaders who have done this before,” Bullock said.And in a Hail Mary effort late Wednesday night, just hours before the DNC began certifying each candidate for the stage, Bullock’s campaign manager Jennifer Ridder wrote to DNC Chairman Tom Perez and told him they had submitted documents to join the debate, despite the change in DNC rules.Bullock “has met the threshold for qualification for the first debate,” Ridder argued.The confusion over Bullock’s place on the stage began after a recent rule change by the DNC left the candidate one poll shy of the debate qualifications.The DNC rules stipulate a candidate must either net at least 1% in three national or early-state polls conducted between January 2019 and two weeks before a given debate, or receive donations from over 65,000 people across 20 states, with a minimum of 200 unique donors per state. As of Thursday, Bullock had qualified in two polls accepted by the DNC and had not made any announcements to indicate his campaign had met the donor threshold.Previously, media outlets including POLITICO, MSNBC and ABC News had considered Bullock to have hit the polling threshold in three polls, including a Washington Post/ABC News poll.The DNC later publicly said that poll was not eligible because it was open-ended. A spokesperson for the DNC said they made the Bullock campaign aware that the poll would not count back in March.But in her letter Wednesday, Ridder defended the February poll results, saying “polling experts agree that it’s actually harder to get 1% in an open-ended vote question than when a list is provided.” She argued that the DNC did specify against open-ended polls in its original rules or certification rules.”Since there is no sufficient warrant to exclude such a poll in either of the original rules or in the Polling Method Certification form promulgated by the DNC this week, the poll meets the DNC requirements and is valid,” Ridder wrote. “As such, Governor Bullock has met the threshold to qualify for the first debates and he looks forward to joining his colleagues on the stage for this important occasion.”Bullock, who entered the race just over a month ago, has said he entered late because Montana’s state legislature was still in session and he was focused on one of his hallmark achievements as governor, renewing Medicaid expansion for about 10% of the state’s population.In a video released Wednesday, the campaign seemed resigned to missing the debate but touted his health care work.”He’s the only Democrat for President who won a Trump state, but you won’t see Governor Steve Bullock at the first debate, and I’m the reason why,” a Montana resident and Medicaid recipient Madison Johnson said in the campaign video. “I’m sorry Steve got started too late to make the first debate. I’m asking for your help to get him on the stage this Fall.”The DNC did not respond to a request for comment from ABC News.Two other 2020 candidates, Miramar, Florida, Mayor Wayne Messam and Massachusetts Rep. Seth Moulton, are also expected to fall short of the debate qualifications.Messam, whose hometown of Miramar is just minutes from where the first debate will be held in June in Miami, said he wasn’t sure of the “system or rationale” behind the requirements developed by the DNC. Messam hasn’t hit the donor threshold and has hit 1% in one poll.”But it’ll definitely stifle the diversity of candidates that would be able to be heard on the debate stage,” Messam said.In an interview last week, Moulton, who has not hit the donor threshold or 1% in any polls, said he hadn’t expected to make the first debate because he entered the race later than most candidates.”I have a seven-month-old daughter at home so it simply wasn’t an option to get in earlier,” said Moulton, who announced his bid in late April. “But the response on the ground has been fantastic and ultimately, this election is not going to be decided by the DNC debates, it’s going to be decided by the American people, so that’s where I’m focusing my efforts.”And there’s a long road ahead, a campaign spokesperson pointed out.”At this point in 2016 Trump wasn’t even in the race. In 2008, Hillary Clinton was the presumed nominee, and in 2004 we were preparing for President Howard Dean,” said Moulton’s communications director Matt Corridoni.