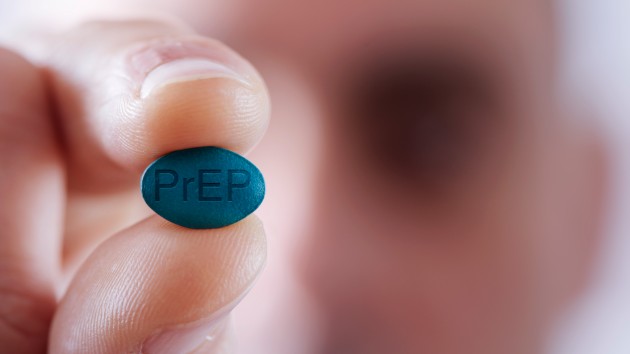 (NEW YORK) — After experts have made great strides in treating people with HIV over the past few decades, an influential panel of primary care physicians and public health professionals is making a strong recommendation to help prevent the spread of the disease by encouraging anyone at risk to take the revolutionary drug, pre-exposure prophylaxis (PrEP).“We have not previously had a guideline on PrEP, though HIV continues to be a major public health problem in the United States, with nearly 40,000 new cases diagnosed annually,” Dr. Douglas K. Owens, an author of the new guidelines published in JAMA and a professor of medicine at Stanford University, told ABC News. “PrEP is highly effective if taken as indicated.” The recommendation comes from the United States Preventive Services Task Force (USPSTF) and encourages anyone who is at high risk of contracting HIV to take PrEP — brand name Truvada — which has been shown to prevent HIV from spreading to HIV-negative people from those who have the infection.People who face the highest risk of HIV include gay and bisexual men who have sex with men (MSM), for whom 67 percent of all HIV diagnoses in 2016 occurred, and transgender people, who are diagnosed with HIV at three times the national average, according to the Centers for Disease Control and Prevention.PrEP is a combination pill of two antiretroviral medications — tenofovir and emtricitabine — that work to stop HIV from multiplying after a person is exposed to it. The once-daily pill was approved by the Food and Drug Administration in 2012.The USPSTF recommends that anyone who has sex with a person who has HIV take PrEP. The drug has been shown to reduce transmission of HIV by 90 percent through sexual contact and 70 percent through injection drug use.Other individuals who the USPSTF recommended take the drug include teen MSM, anyone who has had syphilis or gonorrhea within the past six months, MSM who had chlamydia within the past six months, people who use injection drugs or share needles, and commercial sex workers.MSM and heterosexually active people who are in mutually monogamous relationships with a partner who has recently tested negative for HIV don’t need PrEP, according to the guidelines.The new guidelines are consistent with 2017 guidelines from the CDC, which also recommended PrEP for people at risk of infection.“Overall, the task force is concerned that a lot of people are not being screened for HIV,” said Owens. “People who you can identify as having HIV and who you are able to treat do live longer lives. Everyone should know their HIV status.”PrEP has to be taken regularly in order for it to work. That’s why the authors of the new guidelines recommend that doctors help patients keep track of their regimen by building trust and open communication, education and establishing a system that sends out reminders for taking the medication.PrEP does not prevent other sexually transmitted infections (STIs) besides HIV, the authors wrote. In fact, only people who test negative on a recent HIV test are allowed to take it.Sexually active people should practice safe sex by consistently using condoms, limiting the number of sexual partners, screening for STIs at least once a year and even abstaining from sex altogether, according to the CDC.Dr. Colleen Ford, a primary care physician at Massachusetts General Hospital’s Chelsea Health Center, is welcoming the new guidelines with optimism.“The new guidelines will push us to offer PrEP to more patients,” Ford, who was not involved in writing the new guidelines, told ABC News. “We will start to offer it to those requesting tests for sexually transmitted infections and to those who test positive for chlamydia, gonorrhea and syphilis.” Copyright © 2019, ABC Radio. All rights reserved.