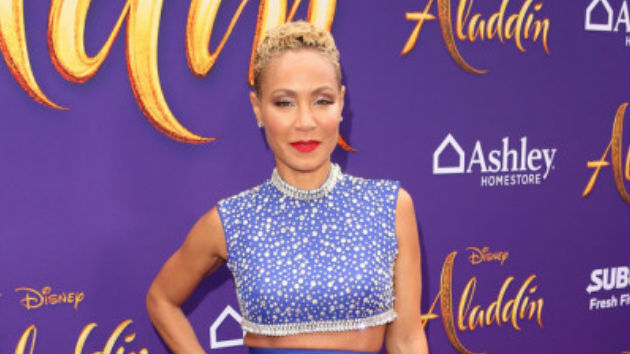 (LOS ANGELES) — Jada Pinkett Smith will be recognized with the “Trailblazer” honor at the 2019 MTV Movie  & TV Awards.

Her Girls Trip co-star Tiffany Haddish will present the award, according to The Hollywood Reporter.

“Jada has been a powerhouse since the beginning of her career and has achieved multi-hyphenate status throughout,” MTV General Manager Amy Doyle tells The Hollywood Reporter.

“She is the epitome of someone who is not afraid to challenge the status quo and we are thrilled to present her with this year’s Trailblazer Award.”

Smith’s film credits include The Matrix Revolutions, The Matrix Reloaded, Collateral, and Set It Off. For her next role, she’ll star as a FBI agent in Angel Has Fallen, co-starring Morgan Freeman, which opens August 23.