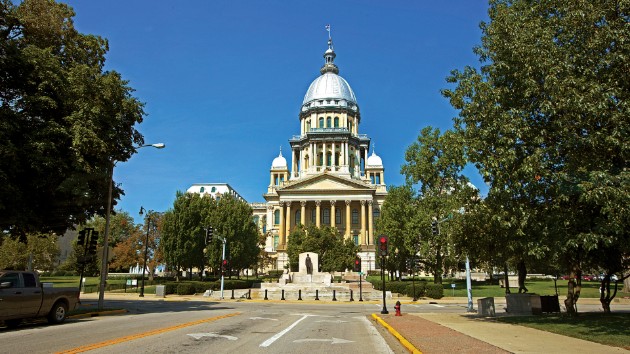 (SPRINGFIELD, Ill.) — Illinois Gov. J.B. Pritzker on Wednesday is expected to sign into law the Reproductive Health Act, which he said would make his state the most progressive on the issue.The measure, which lawmakers said codifies existing practices, removes restrictions on abortions later in one’s pregnancy and any criminal penalties for physicians who perform them, according to ABC Chicago station WLS-TV. The new law also repeals Illinois’ partial birth ban and the state’s 1975 abortion act, in addition to expanding insurance coverage for procedures and for contraception.States including Alabama recently have done the exact opposite, passing draconian laws to restrict abortion, primarily in an effort to get the issue before the Supreme Court and potentially overturn Roe v. Wade, the landmark 1973 case that legalized the procedure at the federal level.Vermont Gov. Phil Scott, a Republican, on Monday signed into law a measure that declares abortion “a fundamental right,” adding in a statement: “This legislation affirms what is already allowable in Vermont — protecting reproductive rights and ensuring those decisions remain between a woman and her health care provider.”Copyright © 2019, ABC Radio. All rights reserved.