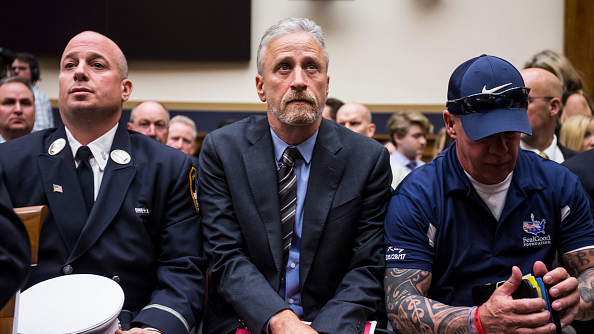 (WASHINGTON) — The House Judiciary Committee on Wednesday advanced a proposal to fully and permanently fund a program to help support the health care needs of thousands Sept. 11th attack survivors and first responders, sending the measure to the House floor for a vote in the coming weeks.The bipartisan proposal is H.R. 1327, the “Never Forget the Heroes: Permanent Authorization of the September 11th Victim Compensation Fund Act.”The bill, if passed into law, would extended funding for the Victim Compensation Fund until 2090, in order to, according to House Judiciary Committee Chairman Nadler, “give all those affected by the 9/11 attacks the health care they need for as long as they need it”, and will reverse any cuts to funding that have already been made.After what chairman Rep. Jerry Nadler, D-N.Y. recalled as “difficult and often heartbreaking testimony” from the witnesses, the bill was moved to the House with no opposition.Comedian Jon Stewart’s memorable testimony questioned Congress’ inaction.“They responded in five seconds, they did their jobs. With courage grace, tenacity, humility. Eighteen years later, do yours!” he shouted.Stewart was also joined by Luis Alvarez, a retired New York City detective, who will go through his 69th round of chemotherapy due to complications from being at Ground Zero.“We are not here for anything for ourselves,” Alvarez said. “I did not want to be anywhere else but Ground Zero. We showed the world we would never back down and that we can all work together.”House Speaker Nancy Pelosi called the bill a “must pass” in a tweet.New York Rep. Alexandria Ocasio-Cortez, tweeted, “It’s not just about procedure. It’s about showing up for the heroes who were there for us.”Stewart alluded to Senate Majority Leader Mitch McConnell, R-K.y. in his testimony, promising that advocates won’t allow a “certain someone” in the Senate to use the program as a “political football” in spending negotiations.McConnell told reporters, “Gosh, I hadn’t looked at that lately; I’ll have to. We’ve always dealt with that in the past in a compassionate way, and I assume we will again. But I haven’t looked at it lately.”Senate Minority Leader Chuck Schumer, D-N.Y. on Wednesday called on McConnell to pass the bill through the Senate as a standalone measure following any House vote.Advocates and House aides anticipate the House will take up the measure in the coming weeks, and expect it to pass with near-unanimous support.