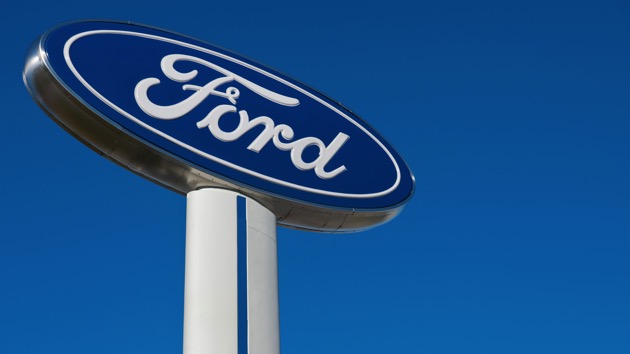 (DETROIT) — Ford Motor Company has issued safety recalls for more than a million cars.The model most affected by the series of recalls are Ford Explorer SUVs that were made between 2011 and 2017 due to an issue with suspension toe link fractures, which can diminish steering control, the company announced Wednesday. The toe link issue led to one customer hitting a curb when it broke, Ford said.The recall will affect more than 1.2 million vehicles.Customers can bring their vehicles to a dealership, where mechanics will replace the left- and right-hand rear suspension toe links with new, forged ones, and align the rear suspension.The reference number for the recall of Ford Explorers is 19S17.About 123,000 Ford F-150 pickup trucks have also been recalled. Select 2013 Ford F-150 vehicles equipped with 5-liter and 6.2-liter gasoline engines that had the powertrain control module software reprogrammed as part of the 19S07 recall are affected.The software used to service the recall was incomplete and did not have the updates necessary to prevent a potential unintended downshift into first gear or the updates necessary to ensure illumination of the malfunction indicator, Ford said.Vehicles that did not undergo the 19S07 reprogramming are not affected by the current recall and will receive updated software under the existing 19S07 program, Ford said.Affected vehicles were built at the Dearborn Assembly Plant from May 7, 2012 to Oct. 27, 2013, and the Kansas City Assembly Plant, April 18, 2012 to Nov. 18, 2013.The reference number for the Ford F-150 recall is 19S19.Ford also recalled about 4,300 Ford Econoline vehicles built between 2009 and 2016 with 5.4-liter engines for an issue related to the loss of motive power.In Canada, Ford has recalled more vehicles due to the toe link suspension issue, including select Ford Tuarus models from 2010 to 2017, Ford Flex models from 2009 to 2017, Lincoln MKS models from 2009 to 2015 and Lincoln MKT models from 2010 to 2017.For more information on the recalls, check the Ford website.Last month, Ford recalled 1.3 million Ford Focus sedans over a risk of stalling due to a faulty part.Copyright © 2019, ABC Radio. All rights reserved.