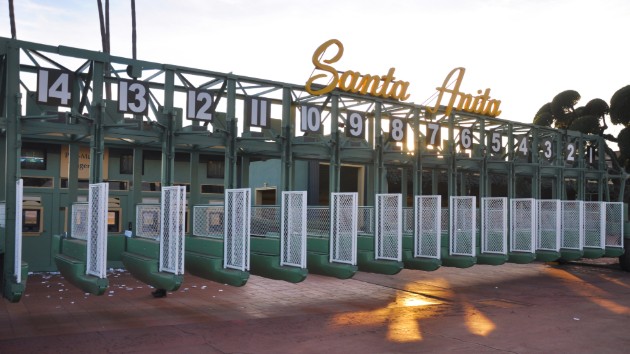 (SACRAMENTO, Calif.) — California Gov. Gavin Newsom is calling for the shutdown of Santa Anita Park until it can be determined why 29 horses have died since the start of the racing season. “I continue to be troubled by the horse deaths at Santa Anita Park. Enough is enough. I am calling on the California Horse Racing Board to ensure that no horse races until they are examined by independent veterinarians and found fit to compete,” Gov. Newsom said in a statement. “As Santa Anita prepares to host the 2019 Breeders’ Cup in November, we must show the horse racing world that California puts safety first,” the statement continued.Earlier this week, Santa Anita Park did not heed the California Horse Racing Board’s recommendation to suspend racing in the wake of two more horse deaths over the weekend because the reforms that were enacted earlier in the year appeared to be effective, according to a spokesman.In March, the park announced a series of changes surrounding horse safety, including a “zero tolerance” policy for the use of almost all medication on racing day in the wake of more than two dozen horse deaths since December 2018.The California Horse Racing Board further voted to limit whips on racing day as well, a rule that will apply to Santa Anita once enacted.After the reforms took place, the park saw up to seven weeks of “clean racing,” Stefan Friedman, spokesman for The Stronach Group, a company that owns the park, told ABC News. In addition, the track has seen 50 percent fewer catastrophic breakdowns during racing and 84 percent fewer catastrophic incidents during training, Friedman said.There were no horse fatalities between April 1 to May 18, when the death toll remained at 23, Santa Anita said in a statement last month. But after that time, the number of horses dying began to climb once again.On Sunday, 3-year-old Truffalino collapsed in the final stages of the third race and died of a heart attack, Friedman said. The day before, 4-year-old Formal Dude broke down while nearing the finish line in the 10th race and was euthanized, he said.A total of 29 horses have died at Santa Anita since the start of the racing season.The chairman, vice chairman and executive director of the California Horse Racing Board recommended on Saturday that Santa Anita suspend racing for the seven remaining race days of 2019, which lasts until June 23, but continue training during that time period, according to a statement from Mike Marten, the board’s public information officer.”It is our understanding that Santa Anita management, after consultation with certain other industry stakeholders, believes that for a variety of reasons, the future of California racing is best served by continuing to race,” the California Horse Racing Board said in a statement over the weekend.Under current California law, the board does not have the authority to suspend a race meet or remove race dates without the approval of the race track operator or without holding a public meeting with 10 days’ notice, Marten said.Santa Anita’s decision to stay open was made after an “extensive consultation” among the Stronach Group, the Thoroughbred Owners of California and California Thoroughbred Trainers, according to a joint statement from those organizations.