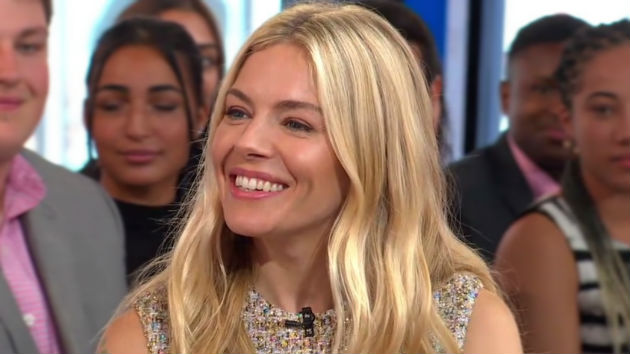 (NEW YORK) — Sienna Miller is not here to play “the girlfriend.” The actress, a passionate supporter of the Time’s Up movement in Hollywood, is aiming to play dynamic characters from here on out.

“What’s happening as a result of this movement is that people are making those films and women-centric features are being focused on in a way that they never were before,” Miller tells ABC Radio. “So I think there should be a plethora of those kinds of roles.”

She adds, “I mean, I’m certainly not going to play a girlfriend ever again!”

Miller is keeping that promise with her next couple of projects. With her latest film, American Woman, Miller plays Debra, a young mother whose teenage daughter goes missing. The film spans 11 years and shows both Debra’s grief and resilience.

As a mother herself, Miller says the film’s subject matter was particularly challenging.

“As a space to live in, it’s not pleasant but there’s this thing that happens when you have a kid where you can you sort of imagine what that would be like,” she says. “And there was a catharsis in sort of exploring it.”

Miller’s also exploring another project in line with the #MeToo/Time’s Up movement: The Loudest Voice, a Showtime miniseries about the late Fox News chairman Roger Ailes, who resigned after accusations of sexual harassment. Miller plays Beth Ailes opposite Russell Crowe’s Roger. Wearing full facial prosthetics for the role, Miller is nearly unrecognizable — and that’s not a bad thing.

“I don’t think I’ve ever felt so liberated,” she says.