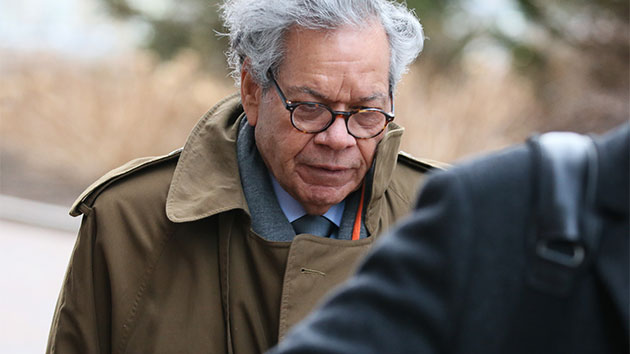 (WASHINGTON) — Shares from opioid maker Insys Therapeutics Inc. will be delisted from the Nasdaq on June 19, the company said in a government filing on Tuesday. The news follows the company’s Chapter 11 bankruptcy filing on Monday, which was filed one week after it agreed to pay $225 million to settle the federal government’s criminal and civil investigations into the company’s illegal marketing scheme of its highly addictive under-the-tongue fentanyl spray, Subsys.It’s another blow to a company that was the best performing initial public offering of 2013.As a result of Monday’s bankruptcy filing, “Nasdaq has determined that the Company’s securities will be delisted from Nasdaq. Accordingly, unless the Company requests an appeal of this determination, trading of the Company’s securities will be suspended at the opening of business on June 19, 2019,” Insys wrote in a filing with the Securities and Exchange Commission (SEC) released on Tuesday.”The Company does not intend to appeal the determination and, therefore, it is expected that the Company’s securities will be delisted,” Insys officials wrote. “The Company cautions that trading in the Company’s securities during the pendency of the Chapter 11 Cases is highly speculative and poses substantial risks.”Monday’s bankruptcy filing marks the first time an opioid manufacturer has filed for Chapter 11.In 2012, the Food and Drug Administration (FDA) approved Subsys to treat cancer patients. It’s off-label use to treat pain made it a blockbuster drug — and its founder, John Kapoor, a billionaire.In May, a Boston jury found Kapoor and four other former executives guilty of engaging in a racketeering conspiracy to get doctors to oversubscribe Subsys.The convicted former Insys execs each face up to 20 years in jail. Kapoor is the first head of a drug company to face prison time for his role in the nationwide opioid crisis, which kills 130 Americans a day, according to the Centers for Disease Control and Prevention.Fentanyl is a synthetic opioid considered 50 to 100 times more powerful than morphine. Copyright © 2019, ABC Radio. All rights reserved.