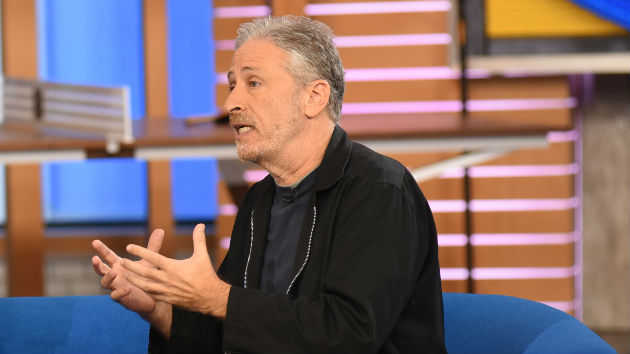 (WASHINGTON D.C.) — Former Daily Show host Jon Stewart was deadly serious on Capitol Hill on Tuesday, ripping Congress for failing to fully fund a program to support 9/11 first responders who were sickened and in some cases killed by diseases linked to the toxic dust and other substances at the site of the 2001 terror attacks in New York City.

The September 11th Victim Compensation Fund, which Stewart has battled to protect for years, is set to run out of money in December of 2020. A new bill, which the House Judiciary Committee is set to vote on tomorrow, would permanently authorize funding for the program.

Choking back tears as he blasted Congress, Stewart was joined by 9/11 survivors, many who are ill, and the widow of a construction worker who died after working at Ground Zero.

“They responded in five seconds, they did their jobs. With courage grace, tenacity, humility. Eighteen years later, DO YOURS!” he yelled, his voice quavering.”I’m sorry if I sound angry and undiplomatic, but I’m angry…and they’re all angry as well and they have every justification to be that way,” Stewart said.

Stewart also criticized the members of Congress who were no-shows at the hearing. “There is not a person here [who didn’t appear] that didn’t tweet out, ‘Never forget the heroes of 9/11, never forget their bravery.’ Well, here they are,” he gestured at the people behind him. “And where are they?”

“[T]heir …callous indifference and rank hypocrisy… cost these men and women their most valuable commodity – time,” Stewart said, before his voice caught with emotion.