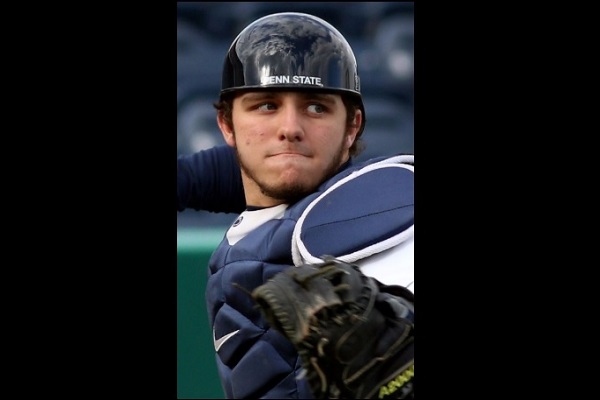 Punxsutawney, PA – A local baseball player is eagerly awaiting the next steps after he was drafted in the 38th round by the Toronto Blue Jays.

Ryan Sloniger is a 2015 graduate of Punxsutawney and a recent grad from Penn State with a degree in broadcast journalism. Sloniger is now the seventh catcher drafted in Penn State history.

Of course, even though the Blue Jays drafted him, you won’t see him on their field immediately. He’s currently in Florida, where the Blue Jays play their spring training games, for his physical and training.

According to D9Sports.com: “A four-year starter behind the plate, Sloniger made 162 starts in 166 games and ranks fourth all-time at Penn State in career putouts with 1,080. He broke out as a junior in 2018, leading the team in batting (306), RBIs (31), home runs (5), on-base percentage (.404) and slugging percentage (.494). He totaled 30 doubles, five triples, nine home runs and 81 RBIs for his career while batting .246. He recently graduated with a degree in broadcast journalism.”