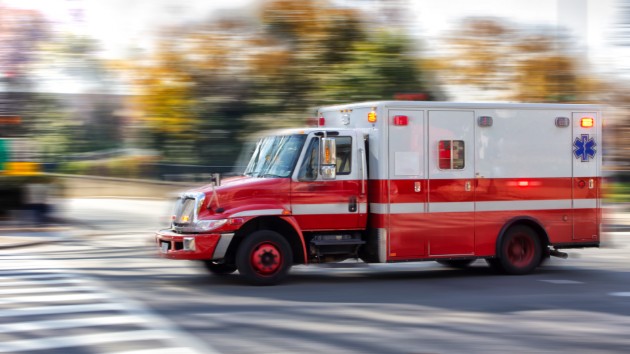 (ATLANTA) — A family is in mourning after a 17-year-old high schooler from Georgia suddenly collapsed and died during a summer conditioning program for her school’s dance team on Monday.Elyse Purefoy, who had just finished her junior year, was running on the track behind Arabia Mountain High School in Lithonia, Georgia, a suburb of Atlanta, when she unexpectedly collapsed, her father told Atlanta ABC affiliate WSB-TV.The teen was rushed to DeKalb Medical Center, but she did not survive.”Elyse was just very determined, hard working, she was a 3.9 [GPA] student,” father Hank Purefoy told WSB. “Like they said, she had all the accolades. She worked very hard this year; she outworked everybody.”Elyse Purefoy was also captain of the school’s cheerleading squad.A cause of death has yet to be determined, but her brother, Malik, said officials are looking into two possibilities: severe dehydration or an undiagnosed heart condition.The temperature was 84 degrees in Atlanta on Monday, which was actually cooler than a run of 12 straight 90-degree days in late May.”The entire DeKalb County School District community, and especially the Arabia Mountain High School family, mourns the passing of a member of the school’s dance team,” DeKalb County School District said in a statement. “Our hearts and prayers are with the family during this difficult time.”Hank Purefoy said his daughter had never had health troubles and seemed completely normal Monday morning.”She was a beautiful spirit,” Hank Purefoy said. “We’re going to miss her.”Copyright © 2019, ABC Radio. All rights reserved.