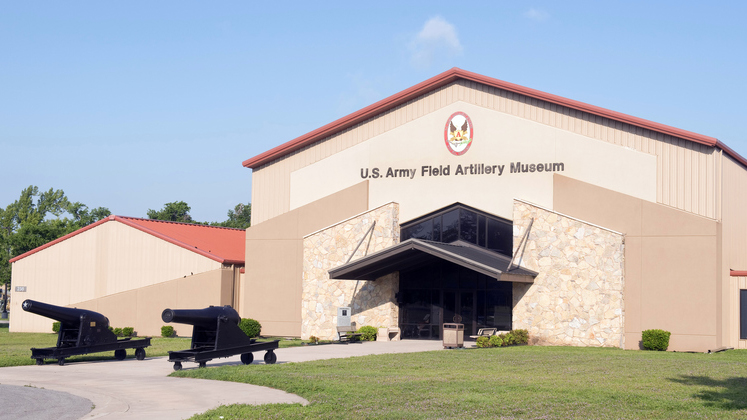 (WASHINGTON) — Facing an unprecedented surge of refugees at the U.S.-Mexico border, the Trump administration will open an emergency shelter at the Army’s Fort Sill in Oklahoma for migrant children traveling without their parents.The military post — about 90 miles southwest from Oklahoma City and better known as the home of the Army’s artillery branch and training — will receive as many as 1,400 minors as early as next month, the U.S. Department of Health and Human Services announced Tuesday.The use a military base isn’t unprecedented. In 2014, the agency used installations in Texas, Oklahoma and California to house 7,000 unaccompanied migrant children after other shelters hit capacity. But officials say the latest influx of families and children arriving at the southern border has taxed the program once again and forced some 2,000 kids to wait at Border Patrol stations beyond the 72-hour limit before they are transferred to a children’s shelter.Last week, HHS announced it planned to turn an apartment complex, once used by oil field workers in south Texas called “The Studios” at Carrizo Springs, Texas, into an emergency shelter for 1,600 children.The new emergency shelters come amid record-high levels of asylum seekers at the U.S.-Mexico border, including some 11,000 kids who arrived at the border in the month of May without their parents. These “unaccompanied alien children,” or UACs, are typically older children or teens, but can sometimes include younger children traveling as part of a group, who travel in the hopes of meeting up with parents and other relatives already inside the U.S. The kids often spend several weeks or even months in temporary shelters before they can be placed with a sponsor.There are currently some 13,350 minors in HHS custody.The agency’s program also has come under severe financial strain in recent weeks, as Congress has yet to fulfill the Trump administration’s request for $2.9 billion in emergency money to pay for the shelters. As a result of the influx and lack of money, HHS said last week it was canceling education and recreational services for the kids. The program is expected to run out of money later this month, unless Congress approves the money.Acting Secretary Kevin McAleenan has urged Congress to act on the spending request, noting the 2,000 kids waiting at Border Patrol stations. HHS has said previously that shelter capacity was tight but not maxed out and that no child would be turned away if transported to its shelters.On Tuesday, HHS spokeswoman Evelyn Stauffer confirmed that capacity for the program in recent days has topped 90 percent, and at one point went as high as 97 percent. The number fluctuates by the day as kids are placed with sponsors and are moved out of the program while others are processed upon arrival. One particular problem, she said, has been that certain shelters might have space but aren’t a good fit for the age or gender of the child in need. Some shelters are designated for teen boys, for example, whereas others are better equipped to care for younger children.Democrats have criticized the facilities, which are often not subject to state child welfare licensing requirements because they are temporary emergency shelters. One such shelter, tent-like facilities in Tornillo, Texas, shuttered amid political pressure and protests. Many of those kids were shuttled to Homestead, Florida.All children sent to Carrizo Springs and Fort Sill will reside in “hard-sided” facilities. Tent-like structures will only be used for support operations if necessary. Fort Sill will rely on existing infrastructure to house the children, officials said.

Key moments from the inauguration of Joe Biden as 46th US president
Officer who fended off Capitol mob escorts Kamala Harris to inauguration
Trump issues last-minute pardon to ex-husband of Fox News’ Jeanine Pirro
Alex Trebek’s final ‘Jeopardy!’ episodes were number one in syndication
Amazon tells President Biden it ‘stands ready to assist’ his ambitious vaccine goals
“Come with me if you want to live” — Arnold Schwarzenegger gets COVID-19 vaccine