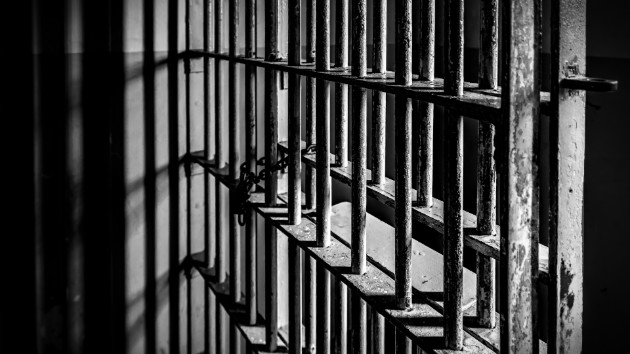 (NEW YORK) — Family, friends and civil rights activists gathered for a justice rally in lower Manhattan, New York on Monday, demanding answers in the wake of a transgender woman’s death while in prison. Layleen Polanco, 27, was found dead in a solitary confinement cell on Rikers Island, the New York City correctional facility with a violent and controversial history, according to the woman’s family. Polanco was arrested on April 16 for alleged possession of a controlled substance and assault of a cab driver, court records show. She was being held on $500 bail.Officials with the New York Department of Correction have not released a possible cause of death, but said it was “not the result of violence or foul play.””This is a tragic loss and we extend our deepest condolences to her family. We are conducting a full investigation as the safety and well-being of people in our custody is our top priority,” Department of Correction Commissioner Cynthia Brann told ABC News in a statement.An officer found Polanco, a native of the Dominican Republic, unresponsive in her cell during a routine inspection on Friday around 3 p.m., officials said. Despite efforts to revive her, she was pronounced dead an hour later.She was being held in the jail’s Rose M. Singer Center, a female unit that just recently started housing transgender women, but her family said she suffered from an acute medical condition and should have been under officer supervision.”We are heartbroken over the death of our beloved Layleen, whose bright light was an inspiration to all who knew her,” the family said in a statement. “As we gather to mourn this tremendous loss, we are left shocked and outraged by the story silence from the Department of Correction, mayor’s office, NYPD and city government.”The family has accused correction officials of withholding information, such as surveillance video connected to Polanco’s death.”The family demands answers and we are entitled to them,” the statement said. “The city failed to protect Layleen and now it’s trying to sweep her death under the rug. We will not allow it.”David Shanies, the family’s attorney, said the medical examiner’s office could take weeks, if not months, to determine the cause of death. He said she was recently hospitalized, but declined to offer details about her condition.”We have a lot more questions than answers at this point,” Shanies told ABC News on Monday after leaving the rally. “From what we understand, at the time she was being held in segregation or solitary confinement and we also know that she had recently been hospitalized for medical issues before this happened.””We have some serious questions about why she was being housed in solitary with no one monitoring her when she had these acute medical issues that the corrections department knew about,” he added.The corrections department said it plans to fully investigate the matter and would release more information as soon as possible.Dozens of supporters, including Pose star Indya Moore, attended the rally held outside the New York County Criminal Court building on Monday evening, according to video posted on social media. Polanco and Moore were both members of the House of Xtravaganza within the city’s ballroom scene.”If you don’t like the way we are fighting for ourselves then fight for us or get the f— out the way because you will not silence us and you will not rest in peace any longer,” Moore told a roaring crowd at the rally.She told followers on Twitter that she grew up idolizing Layleen in the ballroom scene.”I grew up looking to Layleen as my goal. She was one of the most beautiful women I ever seen who was trans. She and so many other girls were an example to me,” Moore tweeted on Saturday.”I can’t help but think about #Sandrabland and the mystery of her death while incarcerated and the nation outrage I witnessed and contributed to,” she added, referring to Sandra Bland, a Texas woman whose 2015 death sparked criticism of police treatment of minorities.There’s been a renewed focus on violence and the tragic deaths of transgender women recently in the wake of two unsolved murders in Dallas. There have been 136 murders of trans people since 2013, according to the Human Rights Campaign. Copyright © 2019, ABC Radio. All rights reserved.

Gwyneth Paltrow’s infamous candle allegedly exploded in woman’s house
Vin Diesel marks 20 years of ‘The Fast and the Furious’
The inequities of PPP: Megachurches, large corporations receive money ahead of small businesses
Biden energy secretary nominee Jennifer Granholm has millions in energy investments
Biden to pitch an eight-year pathway to citizenship in day one immigration reform bill
Residents asked to shelter in place in parts of Poconos after multiple shootings