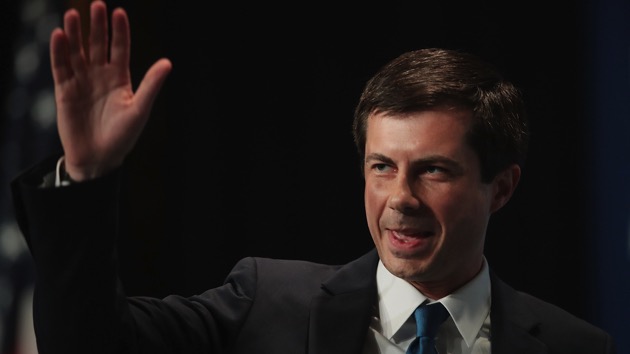 (SOUTH BEND, Ind.) — Democratic 2020 presidential candidate Pete Buttigieg, who so far has given few details on his policy positions, on Tuesday will deliver his first speech focused solely on foreign policy and national security.The South Bend mayor will speak in his home state of Indiana at an event labeled as “America and the World: National Security for a New Era.”Buttigieg, who served as an intelligence officer in the Navy Reserves and was deployed to Afghanistan for six months, has regularly addressed on the campaign trail his goal of creating a higher standard for deploying troops overseas, “ending endless wars” and restoring America’s credibility with other nations.During a recent interview with This Week Co-Anchor Martha Raddatz, the 37-year-old said he seeks advice on foreign policy from officials from the Clinton and Obama administrations.Buttigieg has been criticized for not having detailed policy plans like Sens. Elizabeth Warren, Bernie Sanders and Kamala Harris, among others, but has pointed to his campaign website that he says lists his position on more issues than most of his competitors.The mayor has criticized President Donald Trump for backing out of the Iran nuclear deal, saying it made the U.S. look “foolish” and would seek to rejoin to try and stop them from obtaining nuclear weapons.He has also taken aim at Trump for faking a disability to avoid the draft in the Vietnam War, accusing him of “taking advantage of his privileged status” to avoid serving and called his behavior “an assault on the honor of this country.”Copyright © 2019, ABC Radio. All rights reserved.

Five steps you can take now to boost your fitness and avoid severe illness from COVID-19
Baby with rare disease survives COVID-19, liver transplant before his first birthday
How to build an emergency fund, how much to save for it and how to avoid spending it
Why Joe Biden’s inauguration will be like no other — and how to watch
Coronavirus live updates: US reports under 200,000 new cases for first time in two weeks
Coronavirus updates: LA becomes 1st county to cross 1 million cases