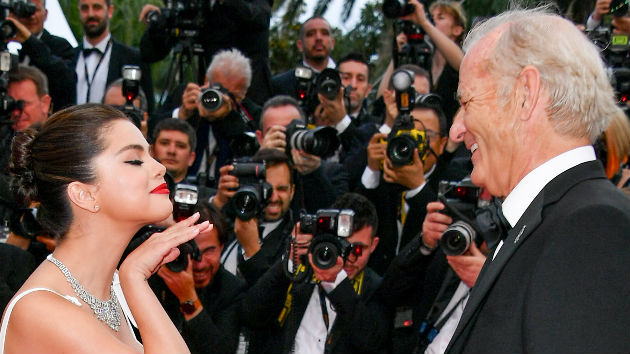 Photo by George Pimentel/WireImage
Posted on June 11, 2019 by ABC News

Murray tells People that his preconceived notions about the star disappeared once he got to know her.

“I learned that I like her,” he says. “I learned that whatever preconception I had about someone that had 55 million, billion followers of something — maybe, I probably thought she was different than she turned out to be.”

He liked her so much, in fact, that he would’ve loved to introduce her to his mother.

“If my mother were alive I’d bring her home to her,” he says, joking, “‘Mother. I want you to meet Selena."”

The feeling is apparently mutual. After premiering the film at the Cannes Film Festival last month, Selena joked on Instagram, “By the way Bill Murray and I are getting married.”

Coronavirus live updates: University of Michigan pauses all sports after positive tests
Turbulent week of weather ahead with 3 different storms tracking across US
7,000 National Guardsmen to remain in Washington through mid-March
Capitol rioter who allegedly tweeted he wanted to ‘assassinate’ Alexandria Ocasio-Cortez faces 5 charges
Biden’s first 100 days live updates: Biden gets time to push agenda before Senate trial
Larry King remembered by celebrities, politicians: ‘A newsman who interviewed the newsmakers’