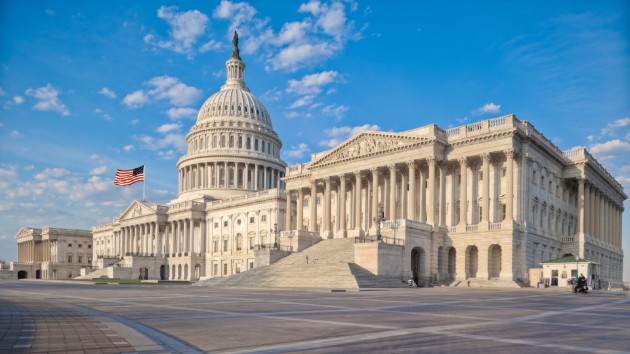 (WASHINGTON) — House Democrats on Tuesday will take their most forceful action to date against the Trump administration’s refusal to cooperate with congressional investigations in a vote to send subpoena fights with Attorney General William Barr and former White House counsel Don McGahn to federal court for resolution. But what was initially meant to be their toughest step yet against Barr was muted following a tentative deal Tuesday with the attorney general. While Barr has largely rejected the House Judiciary Committee’s subpoena for access to an unredacted version of special counsel Robert Mueller’s report and underlying materials, he reached the agreement with the committee on Monday to provide access to “key evidence” in Mueller’s obstruction inquiry, according to Chairman Jerry Nadler. That agreement could stop the committee from heading to court immediately following the House’s vote to enforce its subpoena, Nadler said.”If the Department proceeds in good faith and we are able to obtain everything that we need, then there will be no need to take further steps,” Nadler said in a statement. “If important information is held back, then we will have no choice but to enforce our subpoena in court and consider other remedies.”Separately, McGahn has not turned over documents requested by the committee or provided testimony to lawmakers, after the White House directed him not to comply with the committee’s subpoena.While Democratic leaders have spent weeks vowing to hold both men in contempt of Congress, the resolution on the floor Tuesday — unlike the criminal measure House Republicans brought forward against Attorney General Eric Holder in 2012 — will not do so.A criminal contempt citation would refer the matter to the Justice Department to take up — a highly unlikely scenario given Barr’s role as attorney general — and Democrats opted to advance a proposal to speed up their legal disputes.On this path, both Barr and McGahn could find themselves in contempt of court should they eventually refuse any court orders to cooperate with Congress.Tuesday’s resolution will also allow House committees to go to court to seek the enforcement of subpoenas, with a simple vote of a committee of House leaders, rather than a full floor vote. The move is expected to speed up plans to sue the Trump administration for defying a subpoena for the president’s tax returns, among other inquiries.This week, the House Oversight Committee is also expected to vote to hold Barr and Commerce Secretary Wilbur Ross in contempt of Congress over documents and information in the panel’s investigation into the addition of a citizenship question to the 2020 census.Democrats will take the vote as they launch a larger effort to draw attention to Mueller’s report and findings.On Monday, the Judiciary Committee held a hearing titled “Lessons from the Mueller Report: Presidential Obstruction and Other Crimes” featuring former President Richard Nixon’s White House counsel John Dean.Democrats used the session — featuring several legal experts who appear frequently on television — to drill down on the special counsel’s conclusions regarding obstruction of justice. While Mueller made no judgement as to whether President Donald Trump did obstruct justice, he explored nearly a dozen potential episodes, which Democrats revisited on Monday.Republicans accused Democrats of putting together a mock-impeachment inquiry and of using Dean as a prop to criticize the president.At one point, Rep. Matt Gaetz, R-Fla., called Dean “the Ghost of Christmas Past,” brought back by Democrats to attack the president. He also accused Dean of creating a “cottage-industry out of accusing presidents of acting like Richard Nixon.”In response, Dean quipped that Gaetz, 37, wasn’t alive during Watergate, but noted “remarkable parallels” between Trump and Nixon.”I learned about obstruction of justice the hard way, by finding myself on the wrong side of the law,” said Dean, who in the Watergate investigation pleaded guilty to a conspiracy to obstruct justice in exchange for his cooperation with the special prosecutor. Copyright © 2019, ABC Radio. All rights reserved.