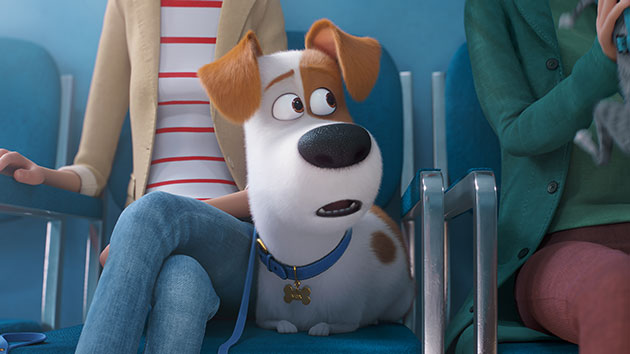 (NEW YORK) — There was good news and bad news for both of this weekend’s new releases. Universal and Illumination Pictures’ animated feature The Secret Life of Pets 2 — featuring the voices of Patton Oswalt, Ellie Kemper, Harrison Ford, Tiffany Haddish and Kevin Hart — topped the weekend box office with an estimated $47.1 million debut. However, it was slightly less than the $50 million the studio had expected to make, and less than half the $104.3 million the original opened with in 2016.

Meanwhile, Disney/Fox’s Dark Phoenix, while finishing in second place, only managed to deliver an estimated $33 million — the lowest debut of any film in the X-Men franchise.

The 12th X-Men film and the direct sequel to 2016’s X-Men: Apocalypse — which stars Game of Thrones’ Sophie Turner as the titular character, along with James McAvoy, Michael Fassbender and Jennifer Lawrence — fared better overseas, where it grabbed an estimated $107 million.

In third place was Disney’s Aladdin, earning an estimated $24.5 million in its third week of release. The film’s total stateside now stands at $232 million, with an additional $372 million overseas, for a worldwide tally of just under $605 million.  Disney is the parent company of ABC News.

Godzilla: King of the Monsters fell to fourth place in its second week in theaters, delivering an estimated $15.5 million. Its domestic earnings now stand at around $78.6 million, to go with $213.7 million internationally, putting its global total at upward of $292 million.

Rounding out the top five was Rocketman, with an estimated $14 million.

Pavarotti, Ron Howard’s documentary on the life of famed opera singer Luciano Pavarotti, drew $142,500 from 19 locations, while The Last Black Man in San Francisco, starring Jimmie Fails and Donald Glover, delivered an estimated $230,744 from seven theaters in New York and San Francisco. The film will expand to more top markets next weekend.

John David Washington talks following in the footsteps of his Oscar-winning dad, Denzel Washington
Watch now: Action and joke-packed trailer for Disney’s animated ‘Raya and the Last Dragon’
Vanessa Bryant remembers Kobe and Gianna on one-year anniversary of their deaths
Stop accusing Jennifer Lopez of having Botox: “Please don’t call me a liar”
Biden says he will replace the entire federal fleet with electric vehicles
What to know about the link between mental health and heart disease