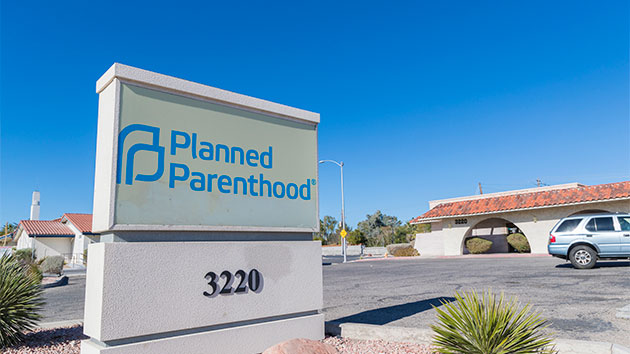 (ST. LOUIS) — A circuit court judge on Monday granted a preliminary injunction that will allow Missouri’s only remaining abortion clinic to continue operations. The court has ordered the state’s health department to make a decision about renewing the clinic’s license by June 21, according to Planned Parenthood.”Today’s decision is a clear victory for our patients — and for people across Missouri — but the threat to safe, legal abortion in the state of Missouri and beyond is far from over. We’ve seen just how closely anti-health politicians came to ending abortion care for an entire state,” president and CEO of Planned Parenthood, Dr. Leana Wen, said in a statement. “We are in a state of emergency for women’s health in America. In Missouri, and across the country, Planned Parenthood will do whatever it takes to combat the extreme, dangerous, and unconstitutional efforts by politicians to ban access to health care including safe, legal abortion. We will never stop fighting for our patients.”Planned Parenthood was initially granted a request for a temporary restraining order on May 31, the day that the clinic’s license would have lapsed, forcing it to close at midnight and making Missouri the first state in the U.S. without an abortion provider.Planned Parenthood said it had applied to have the license renewed, but the Associated Press reported that Planned Parenthood said state officials claimed they are investigating “a large number of possible deficiencies,” though no further details were given.The state had asked to interview all seven of the clinic’s physicians, Planned Parenthood said last month, but the state would not provide any guidance on what the doctors would be asked during the interviews. Those interviews could lead to the doctors losing their medical licenses or possible criminal prosecution, Planned Parenthood said.Missouri is one of several states that have passed abortion bans in recent months. In May, Gov. Parsons signed an abortion ban after 8 weeks of pregnancy, though it has not yet taken effect, and was met with immediate legal challenges. Copyright © 2019, ABC Radio. All rights reserved.