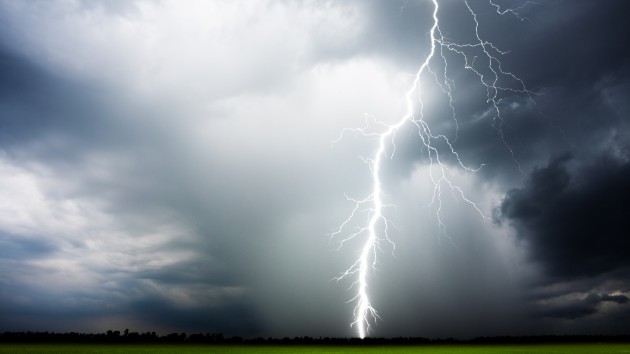 (ORLANDO, Fla.) — A motorcyclist died in Florida after he was struck by lightning and crashed on a major highway, authorities said. The 45-year-old man was riding his motorcycle southbound on Interstate 95 in east-central Florida’s Volusia County on Sunday afternoon when a lightning strike hit his helmet, causing him to veer off the roadway and crash. He didn’t survive, according to the Florida Highway Patrol. An off-duty Virginia State Police trooper reportedly witnessed the lightning strike and the resulting crash, authorities told Orlando ABC affiliate WFTV-TV.The Florida Highway Patrol posted an image on social media showing the remnants of the man’s helmet.

This is what’s left of a 45 year old man’s helmet after he was struck by lightning, while riding his motorcycle southbound, on I-95 in Volusia County this afternoon. Unfortunately he did not survive the crash. pic.twitter.com/uFklUPY8r1