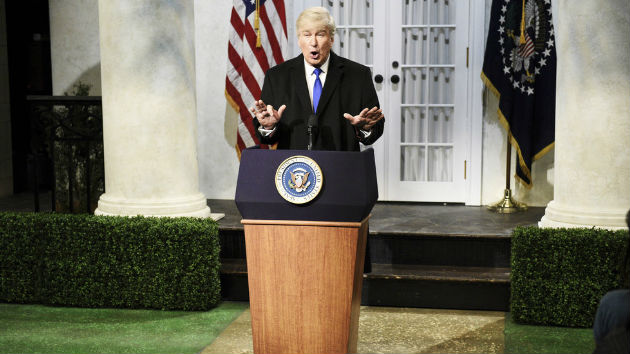 (NEW YORK) — Alec Baldwin is not “retiring” from playing President Donald Trump on SNL after all.

After telling USA Today last week that he was “so done” with the portrayal – which won him an Emmy – he tells ABC Radio that, while he is “sick of” playing Trump, he’s actually open to returning to SNL to portray the president if the opportunity arises.

“Lorne [Michaels] is my dear friend and if he asked me to come back and do it again, I probably would do it,” he says. “But I think that I’m going to go back to work on a more full-time basis in the fall, so my availability is also the question.”

As for why he’s “sick of” playing Trump, Baldwin explains it’s because of “the way it has developed in the zeitgeist.”

As he explains, Baldwin says he’s not quite sure what playing Trump is accomplishing and, as a “very political” person, this doesn’t always sit well with him.

That being said, Baldwin is keeping busy this summer.  In addition to hosting ABC’s Match Game, which premieres on June 12, he also has a new movie, Framing John DeLorean, and will be the subject of an upcoming Comedy Central roast.

Coronavirus live updates: Fauci describes what it was like working with Trump
Nashville attorney’s license suspended after posting advice on getting away with murder
Jojo Siwa targeted by “swatters” after revealing she’s part of the LGBTQ+ community
Biden to lift Pentagon’s ban on transgender people serving in military
Coronavirus live updates: University of Michigan pauses all sports after positive tests
Turbulent week of weather ahead with 3 different storms tracking across US