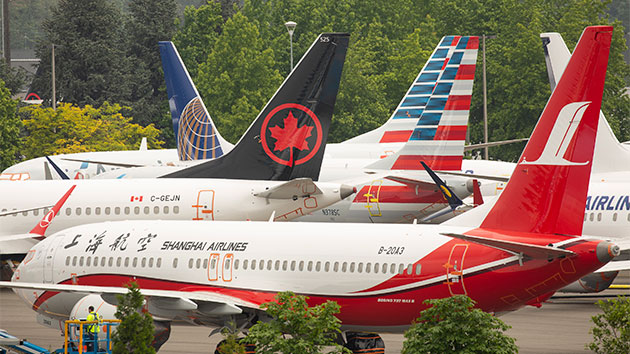 The airline said it removed the grounded 737 Max from its schedule through Sept. 3, 2019, about three weeks later than previously announced, in the wake of two fatal Boeing crashes that left 346 people dead.

Passengers whose flights were not scheduled on the 737 Max could also face cancellations, the airline said, signaling that it plans to prioritize high-passenger flights.

“A flight that was not scheduled as a MAX flight might be canceled to enable our team to cover a MAX route with a different aircraft,” the airline said in a statement on Sunday. “Our goal is to minimize the impact to the smallest number of customers.”

Passengers whose flights have been canceled can ask for a full refund if they don’t want to be rebooked, according to the airline’s statement.

American also revealed that it will need about 45 days for training once Boeing rolls out expected software updates to fix a number of malfunctions with the 737 Max passenger planes.

The airline, which has 24 of the 737 Max 8 jets in its fleet of about 900 aircraft, previously said it expected pilot training to take just two weeks.

United and Southwest Airlines have also removed the Boeing 737 Max from their schedules through most of the busy summer travel season.

“American Airlines remains confident that impending software updates to the Boeing 737 MAX, along with the new training elements Boeing is developing in coordination with our union partners, will lead to recertification of the aircraft soon,” the statement said. “By extending the cancellations, our customers and team members can more reliably plan their upcoming travel on American.”

The 737 Max was grounded worldwide following two deadly crashes involving the model. An Ethiopia Airlines crash in March killed all 157 people on board, marking the second deadly crash of a Boeing 737 MAX 8 plane in just five months.