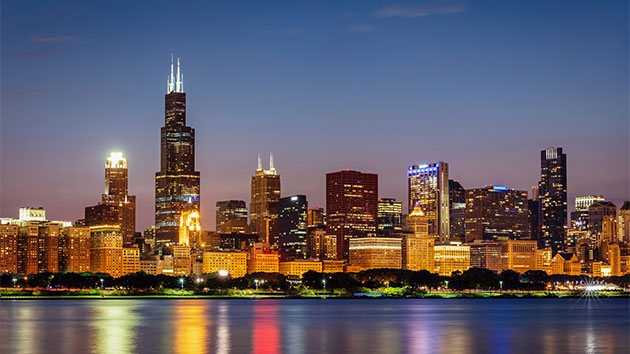 (NEW CANNAN, Conn.) — Less than a month into the first term of Chicago’s newly elected Mayor Lori Lightfoot, the city is experiencing a second straight weekend of gun violence.

Since Friday, two people have been killed in shootings and 22 others have been wounded, according to the Chicago Police Department. This comes just a week after the city’s most violent weekend so far this year, which left 8 dead and 44 wounded in shootings, according to Chicago’s ABC affiliate.

Lightfoot, who was sworn in as mayor on May 20, and Chicago Police Department Superintendent Eddie Johnson have made tackling the city’s crime rate a top priority.

Last week, the city experienced an outburst of shootings due to gang-related incidents. The violent outburst came just hours after the department announced a sharp decrease in crime on Friday.

Data collected by the Chicago Police Department from the first five months of this year showed a 13% decrease in shootings and a 7% decrease in murders compared to a year ago.

Police said 41 people were shot and seven were killed in the city just two weeks before.

“While we don’t comment on specifics in terms of officer deployments, we have positioned saturation and tactical teams in areas of the city that we are addressing ongoing gang conflicts that are contributing to recent violence,” Chicago Police Department Chief Communications Officer Anthony Guglielmi told ABC News.

“Additionally, there will be heavy saturation patrols along Lake Shore Drive and major thoroughfares beginning Friday and through the weekend. Supplemental summer patrols were also deployed in neighborhoods across the south and west side of the city,” Guglielmi added.

Detectives have already made 1 arrest in connection with last night’s shootings and there are also several initiatives underway city wide to address the proliferation of guns, police said.

Since Friday, 14 people have been arrested on illegal gun charges and 43 weapons have been seized.

On the day of her inauguration last month, Lightfoot, a former federal prosecutor who is the city’s first black female mayor, said there was “no higher calling than restoring safety and peace in our neighborhoods,” according to the Chicago Tribune.

John David Washington talks following in the footsteps of his Oscar-winning dad, Denzel Washington
Biden administration plans to ‘speed up’ effort to put Harriet Tubman on $20 bill
What to know about the link between mental health and heart disease
Jane Fonda to receive Cecil B. DeMille Award at this year’s Golden Globes
Dale Moss says “there’s no one person to blame” for ending engagement with ‘Bachelorette’ star Clare Crawley
Axiom announces first private mission to International Space Station