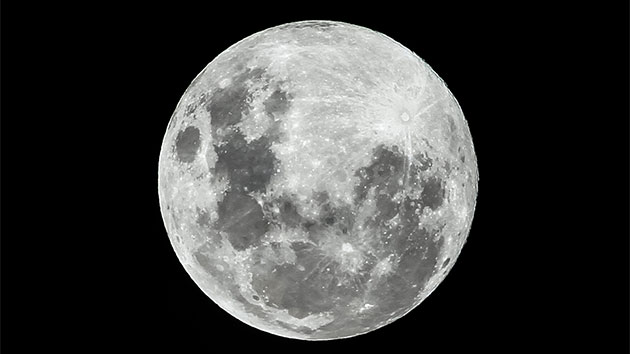 (WASHINGTON) — President Donald Trump launched a state of confusion with a tweet about his administration’s plans to send astronauts to Mars.

“For all of the money we are spending, NASA should NOT be talking about going to the Moon — We did that 50 years ago,” Trump tweeted on his return from Ireland.

For all of the money we are spending, NASA should NOT be talking about going to the Moon – We did that 50 years ago. They should be focused on the much bigger things we are doing, including Mars (of which the Moon is a part), Defense and Science!

“They should be focused on the much bigger things we are doing, including Mars (of which the Moon is a part), Defense and Science!”

The tweet had stargazers scratching their heads, as the Moon is not a part of Mars, and the tweet contradicted the president’s previous statements about his plans to send humans back to the moon.

In early May, the president said he planned to allocate an additional $1.6 billion for space exploration and tweeted, “Under my Administration, we are restoring @NASA to greatness and we are going back to the Moon, then Mars,” referring to the U.S. National Aeronautics and Space Administration (NASA).

The tweet was followed by an announcement by NASA Administrator Jim Bridenstine, who said NASA plans to send people to test a flight around the moon by 2022 as the first step in the Artemis program. Named after the twin sister of Apollo and goddess of the Moon in Greek mythology, the Artemis program hopes to “return astronauts to the lunar surface by 2024, including the first woman and the next man.”

Plans to have people or a presence on the moon in the long-term were first announced in December 2017 with the president’s Space Policy Directive.

But hours after Trump’s tweet, Bridenstine tweeted from his own verified account, saying “As @POTUS said, @NASA is using the Moon to send humans to Mars! Right now, @MarsCuriosity and @NASAInSight are on Mars and will soon be joined by the Mars 2020 rover and the Mars helicopter.

According to NASA’s website, “exploration of the Moon and Mars is intertwined.”

“The Moon provides an opportunity to test new tools, instruments and equipment that could be used on Mars, including human habitats, life support systems, and technologies and practices that could help us build self-sustaining outposts away from Earth,” NASA officials state in its “Moon to Mars Overview” section of the agency’s website.

“Living on the Gateway for months at a time will also allow researchers to understand how the human body responds in a true deep space environment before committing to the years-long journey to Mars.”

The president’s unexpected Moon tweet appeared to be in reference to a Fox News segment with Neil Cavuto and the NASA’s chief financial officer, Jeff DeWit — as noted by liberal watchdog organization, Media Matters for America.

Cavuto asked why NASA is “refocusing on the moon…didn’t we do this moon thing quite a few decades ago?”

Elliot Page and Emma Portner announce divorce after three years of marriage
John David Washington talks following in the footsteps of his Oscar-winning dad, Denzel Washington
Vanessa Bryant remembers Kobe and Gianna on one-year anniversary of their deaths
Stop accusing Jennifer Lopez of having Botox: “Please don’t call me a liar”
Biden says he will replace the entire federal fleet with electric vehicles
Dale Moss says “there’s no one person to blame” for ending engagement with ‘Bachelorette’ star Clare Crawley