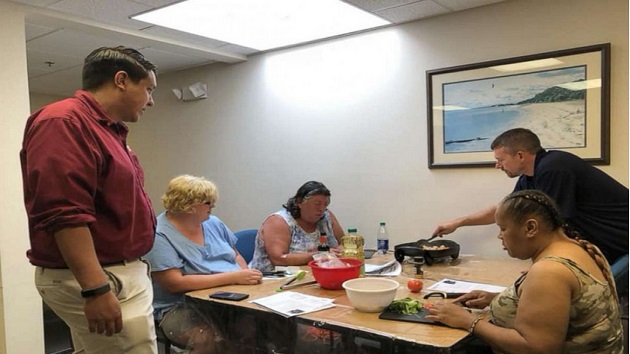 (WASHINGTON) — From buy one get one free produce “food bucks” to “farmacy” prescriptions for fresh fruits and vegetables, lawmakers have turned small pilot programs into federally funded efforts that advocates and members of Congress hope will make healthier eating more affordable.“Since good nutrition is a critical part of our overall health, doctors can play an important role in encouraging healthier eating,” Senator Debbie Stabenow, D-Michigan said in a statement. “I included produce prescriptions in the Farm Bill to expand the ways families can access the healthy food they need to lead healthy lives.”She helped create the Produce Prescription program which makes fruits and vegetables more affordable for families in need while strengthening the connection between health and nutrition. The initiative also aims to help local food economies as native farmers sell their produce to other members of the community. Permanent funding was provided through The 2018 Farm Bill.Funding will help other projects across the country that have already seen success.The specific provision was modeled after a program in Flint, Michigan – a partnership between Michigan State University and Hurley Children’s Center – which provides children with a $15 prescription that may be “filled” for fresh fruits and vegetables at the Flint Farmers’ Market or through the Flint Fresh Mobile Market.Hurley offers both produce prescriptions through the children’s center and food “Farmacy” referrals that have expanded to additional clinics in Genesee County.“We wanted to make sure we were hitting our most vulnerable populations,” said Alisa Craig, administrator of wellness and population health at Hurley Medical Center. “It doesn’t matter the age of the patient. We can impact pediatric clinics, adult clinics and geriatric clinics. We’re trying to reach the most vulnerable folks in our county not just the city of Flint.”With applications closing soon, Stabenow hopes that federal funds will draw in other private investors, expansion to already existing programs and allow new communities to start programs of their own.Portia Boggs, associate director of advancement and communications for Local Food Hub, which has six locations in Virginia, explained their sites are currently applying for Produce Prescription funding. “We are currently working on the application for Produce Prescription funding,” said Boggs. “We are hoping to use it to expand to more sites throughout Virginia.”Not all Food “Farmacies” operate the same, but most locations offer specific funds per week for patients to get local produce during growing seasons.At The FARMacy in West Virginia, Dr. Carol Greco and her team provide $20 a week for 16-22 weeks for patients to buy fresh produce.“West Virginia has some of the worst health-related statistics in the country,” said Greco. “We truly believe that food is medicine and it can help our patients’ overall health.” According to the 2018 West Virginia Behavioral Risk Factor Surveillance System, West Virginia is the second highest state in the “prevalence of general health of adults as either fair or poor.” West Virginia also ranks first in the nation for the “prevalence of poor physical health, poor mental health, and activity limitations due to poor physical or mental health.”Theresa Toothman participated in Greco’s program in 2018 and plans to participate again at the end of this month.”I had never realized how much fruits and vegetables make a difference,” said Toothman. “Just having that salad at every meal makes a really big difference. I owe that program a lot. It turned my life around it really did.”“Farmacies” have been able to net support because they are practical. Allison Hess, vice president of health at Geisinger Health in Pennsylvania told ABC News, “it costs us approximately $1200 per year in food costs and when you look at the price of medication, it’s far more cost effective to provide food for the patients.”Mark Kleinschmidt, president and chief executive officer of Healthy Harvest Food Bank in Virginia, also saw incredible results in his eight-week program. “We were able to lower patients blood pressure by 18 points on their top number and four points on their lower number,” said Kleinschmidt. “We were also able to lower participants LDL cholesterol by 26% and their regular cholesterol by 7%.”Some groups, however, worry about the Farm bill’s overall cost.Advocacy groups like Americans for Prosperity and Freedom Partners Chamber of Commerce opposed the initial Farm Bill. In a press release published on the Freedom Partners website, the group said, “Overall, this farm bill would continue a troubling pattern of irresponsible and reckless spending under this Congress that began earlier this year with the $1.3 trillion omnibus spending bill.”Nathan Nascimento and Brent Gardner, two representatives from the groups, also wrote a joint letter to Congress to oppose a measure in the Agriculture and Nutrition Act of 2018 which modifies USDA programs and agriculture and nutrition policies.“Congress should undertake a fundamental re-assessment of all government programs, including those for agriculture and nutrition programs, and respect American taxpayers by putting them on a fiscally responsible path,” said Nascimento and Gardner. “The farm bill should not be an exception.”Despite push back, the 2018 Farm Bill was signed into law by President Trump on December 20, 2018. Funding applications are still open for Produce Prescription programs.As support for Food “Faramacies” grow, new locations and pilots have started across the nation. South Norfolk, Virginia, is set to open their own Food “Farmacy” in the next few months. Copyright © 2019, ABC Radio. All rights reserved.