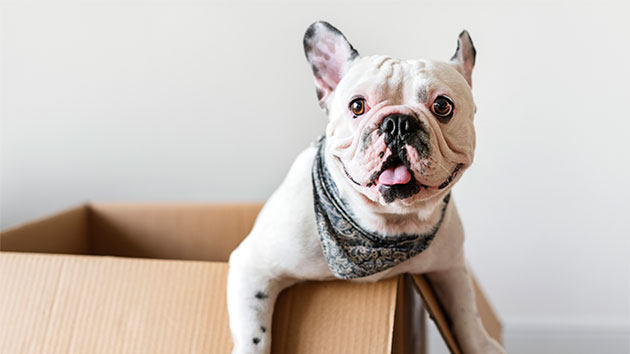 (NEW YORK) — A dog has traditionally been called man’s best friend, but it might be possible that dogs and their owners share an even deeper relationship than originally thought.

Dogs mirror the stress levels of their owners over long periods of time, according to a new study, which found that the level to which they fell in sync depended on the owners’ personality.

For the study, Swedish researchers compared the stress levels in 58 dogs — Shetland Sheepdogs and Border Collies — with their respective female owners by measuring levels of the stress hormone cortisol in their hair. They measured levels of the hormone in both the summer and winter to detect long-term associations.

The researchers also took into account other factors, like the dogs’ activity levels, the owners’ personality traits and whether or not the dog’s owner worked — all of which can affect the dogs’ stress levels.

Even after accounting for differences in lifestyle and dog age, there was a strong and significant correlation in long-term stress levels between dogs and their owners. However, there was one exception.

Owners who considered themselves to be high-strung, or neurotic, tended to have dogs with lower cortisol levels throughout the study period. The researchers attributed this finding to a strong attachment between more anxious owners and their dogs and said that in the long run, this bond may facilitate lower stress levels and better health for both people and their pets.

“For humans with high scores for neuroticism, the dog may serve as an important source of social support, which might then lead to lower cortisol in both owner and dog,” Lina Roth, an author of the study and associate professor of biology at Linkӧping University in Linkӧping, Sweden, told ABC News. “These results raise new questions about the interaction between personality and stress.”

The results also lead to further questions about interspecies dynamics. In particular, Roth and her team are interested in the occurrence of emotional contagion, or how emotions are shared by two individuals.

“From our results, we can now conclude that this synchronization is not [a] species’ specific phenomenon,” she said, adding that the group has planned follow-up studies to test this relationship further.

While cortisol is an important indicator and surrogate marker for measuring stress levels, it doesn’t totally explain the complex set of processes that occur in the body when it becomes stressed. Cortisol can have beneficial effects on the body, too, such as reducing inflammation.

Likewise, not all kinds of stress are necessarily bad for people or for dogs, and more research will be necessary before saying for certain whether the associated rise in cortisol levels are detrimental to health.

Even though more research is necessary, Roth does have some advice for better health: “Get a dog.”

DC police officers speak out after US Capitol siege: ‘I thought … I might die’
Companies target GOP with fundraising pullback. How much will it matter?
‘C.S.I.’ vet Gary Dourdan talks training to be a one-man army in ‘Redemption Day’
In ‘act of healing,’ Rep. James Clyburn calls for making ‘Black national anthem’ a national hymn
Trump set to be impeached for historic second time
Jack Dorsey defends banning Trump but admits it sets ‘dangerous’ precedent