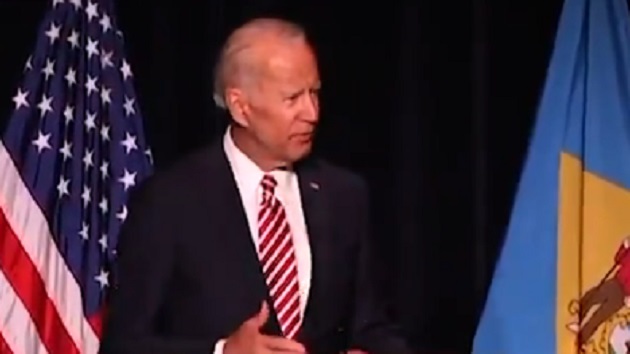 (DES MOINES) — With eight months to go before the Iowa caucuses, 2020 presidential hopefuls are upping their ground game in the Hawkeye State and boosting their staff, in the hopes of pushing them to victory in February.”We’re operating under a new set of rules and expectations because of the number of candidates,” Polk County Democrats Executive Director Judy Downs told ABC News. “So although it might seem early, I think this is the right time for campaigns to staff up.”The most recent example of a campaign shifting focus to Iowa is that of California Sen. Kamala Harris. On Thursday, the campaign announced an over 900% increase in ground staffing by expanding their team from 5 to over 65 paid staffers by July 1, according to a campaign official, which will rank her as the candidate with the most staff in the state.”I think it’s definitely a good sign for fundraising. … It means that their [second quarter] numbers are gonna look good,” Downs said.Other campaigns with notable staffing include Sens. Elizabeth Warren of Massachusetts and Cory Booker of New Jersey.Warren, who has held 32 events over 15 days since January, according to the Des Moines Register candidate tracker, has over 50 full-time paid staffers, her campaign told ABC News.Similarly, Booker’s campaign says that he also has nearly 50 full-time paid staffers, and know the voters value face-time with candidates, which is why he’s met with 5,300 Iowans so far.”They’ve got field organizers at every community group meeting across the state right now,” Downs said of the Warren and Booker campaigns. “If you ask most Democratic activists who are involved early in this process, they’re on a first name basis with a staff member from those campaigns. … That says a lot.”Former Texas Congressman, Beto O’Rourke, also recently nearly tripled his staff. The campaign now has 44 staffers and 37 organizers, that’s up from their previous count of 16 Iowa staffers.On Sunday, 19 democratic presidential candidates will roll into Cedar Rapids for the Iowa Democratic Hall of Fame celebration, the largest turnout of candidates in one place so far.”The boost that comes out of the caucuses can’t be denied,” Downs said. “It allows the campaigns to really cut their teeth in this person-to-person politics that will result in the strongest possible candidate.”Iowa is seen as a crucial state to prove a candidacy’s strength and has been a make-or-break moment for presidential campaigns in the past.For proof, look no further than the candidate currently leading in national polls for 2020, Joe Biden.In 2008, then-Senator Biden’s campaign came to an abrupt end after finishing in fifth place with less than 1% of delegates, but this time around, Downs says the state appears to be leaning in his direction.”Vice President Biden is beloved by a lot of Iowans. May not have done well in the caucuses in the past, but he has a leg up going into 2020.”A campaign staffer with Biden’s team says they will likely have “50 people by the end of the month” in Iowa.Downs says both Biden and Vermont Sen. Bernie Sanders are “in very strong positions this year” because of their name recognition and previous presidential campaigns.The most recent Des Moines Register poll, released before Biden announced his candidacy, now has him as their first choice for president with 27% of support and Sanders as the second choice with 25%, respectively.But Downs warned that the current efforts in Iowa aren’t indicating any favorite and in conversations she’s had with active Democrats in the state, and among those that aren’t working or volunteering for a campaign, most of them are currently undecided.”They’re really taking their responsibility seriously, in trying to meet every single candidate, hear them all speak at least once before they make up their mind,” she said.A candidate quietly making big moves through the state is former Maryland Rep. John Delaney. He’s currently on his 29th trip to Iowa, has visited all 99 counties and has over 20 staffers, according to a Delaney campaign spokesperson.”One of the things it has done is garnered him more local endorsements than almost any other candidate because he and his team have been building very strong relationships with activists across the state,” Downs said.With so many Iowans still undecided, Downs says, “it is anyone’s game right now.”