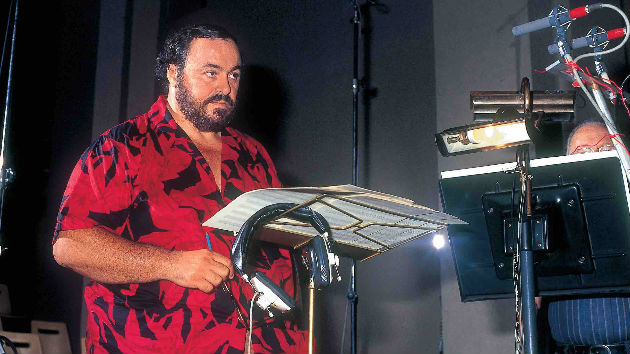 (LOS ANGELES) — Pavarotti, a new documentary from director Ron Howard opening on Friday, explores the life of the most successful opera singer of all time, Luciano Pavarotti, who died in 2007 at age 71.

Howard tells ABC Radio he made the film for everyone — whether you were a fan, or just vaguely familiar with the legendary Italian tenor, as Howard was before he began the project.

“There was just so much more to offer when you combined the journey of his life with the music itself and his commitment to it that I thought could be enlightening,” says Howard, who wanted to “In a way sort of extend one of his agendas, which was to bring opera to the world, and not let it reside in some sort of elite corner.”

The documentary, while respectful of Pavarotti’s successes, doesn’t shy away from his mistakes, including several affairs.

Like it did Howard, Pavarotti may just make you an opera fan.

“I’m finding myself listening to opera in the morning when I’m puttering around and trying to do a little stretching or drink some coffee, or it’s on in my car, certainly in a way that it never was before,” he tells ABC Radio.

‘The Bachelor’ recap: Tensions mount as five new ladies join the fight for Matt’s heart
Biden’s first 100 days live updates: House delivers article against Trump to Senate
Wealthy in Hollywood reportedly using private jets, agents, and even bribes to score COVID-19 vaccine
‘Da 5 Bloods’, ‘Mank’, ‘Soul’ among AFI’s Movies of the Year; ‘The Mandalorian’, ‘The Crown’ top TV
Anna Paquin says she’s “too boring” to need a PR person like she plays in ‘Flack’
Kelley Flanagan says she would “consider” being the next Bachelorette