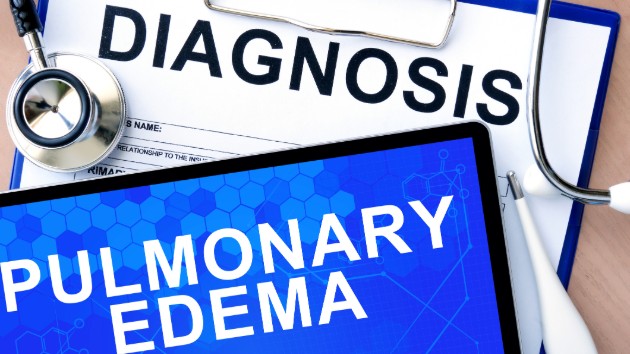 (NEW YORK) — Just days before an American couple was found dead in their hotel room at the Grand Bahia Principe La Romana resort in the Dominican Republic, another American in an adjoining resort had died of the same suspected cause: respiratory failure and pulmonary edema.The U.S. Department of State has told ABC News it is monitoring the local investigations into the three deaths, but said in a statement on Tuesday that “at this point, we are not aware of any connection between these incidents.” Jay McDonald, a spokesperson for the family of the first woman who died, Miranda Schaupp-Werner, said the family became alarmed when they discovered the proximity between the two incidents.Schaupp-Werner died “suddenly and inexplicably” in her hotel room at the Luxury Bahia Principe Bouganville after having a drink from the in-room mini bar, McDonald said. The other two Americans, Edward Nathaniel Holmes and Cynthia Ann Day, were found dead in their hotel room after missing their scheduled check-out time. The two resorts are adjacent to one another on the island’s southern coast.Here is what you should know about pulmonary edema and respiratory failure:

What is pulmonary edema?Pulmonary edema is a condition that occurs when excess fluid fills the lung’s air sacs, or alveoli, which are responsible for absorbing oxygen and moving air through, according to the Mayo Clinic.When they work properly, small blood vessels near the alveoli absorb the oxygen in the air and transport it to the heart and then the rest of the body. The blood vessels also move carbon dioxide back into the alveoli so that it can be exhaled.In people who have pulmonary edema, fluids can fill up the alveoli and make it difficult to take breaths, decrease the amount of oxygen the body takes in and prevent carbon dioxide from leaving.

What causes pulmonary edema?Causes of pulmonary edema can be generally divided into heart related or other. But doctors aren’t always able to determine the primary cause because a person may have many symptoms when they’re first examined, making it hard to figure out which came first, Dr. Len Horovitz, an internist and lung specialist at Lenox Hill Hospital in New York City, told ABC News.Horovitz said that it’s difficult to determine the cause of the three vacationers’ pulmonary edema because the autopsy doesn’t disclose a chain of events.Heart problems are the most common cause of pulmonary edema, and they result in a slow progression of symptoms. When the heart malfunctions, blood can back up into the small blood vessels near the alveoli, and as the pressure builds in the blood vessels, the fluid can be pushed into the lungs.Other causes of pulmonary edema include kidney failure, inhalation of certain toxins, severe infections from bacteria or viruses, injury to the chest wall and visiting or exercising at high elevations. Some of these lead to heart problems and others affect the alveoli directly.Certain medications, if taken incorrectly or combined with other drugs or alcohol, can lead to heart problems and even pulmonary edema. Upon searching the room that Holmes and Day stayed in, authorities found bottles for three drugs — an opioid medication called oxycodone, Loxofen, which is similar to aspirin, and galapertin, which is not a recognized name for a medication, according to a statement from the Dominican Republic’s Attorney General’s Office.

What are the symptoms?Signs and symptoms of pulmonary edemas can develop suddenly or over time, and it really depends on the cause of the condition. The most common symptom is difficulty breathing, including extreme shortness of breath and even more difficulty breathing when laying down. Other symptoms include coughing, wheezing, cold skin, anxiety or a sense of apprehension and a rapid heartbeat.In cases where these symptoms occur rapidly, it’s important to seek medical attention as soon as possible.Holmes and Day’s autopsies were both found to have broken blood vessels in their stomachs and pancreases, among other findings, according to the attorney general’s statement.Schaupp-Werner’s autopsy showed narrowing of a blood vessel that supplies blood to the heart. This condition is often referred to as coronary artery disease and is caused by a buildup of plaque in the walls of the artery. This condition can lead to heart dysfunction and possibly even pulmonary edema over time, according to Mayo Clinic. The attorney general’s statement did not clarify if this was a known diagnosis or if it contributed to her death.Horovitz suggested that the cases from the Dominican Republic are peculiar.“Even lung injuries from toxins don’t occur over the course of seconds,” he said. “They usually take a day or two and typically people will have worsening symptoms over that time.”The Dominican Republic’s Attorney General’s Office said in the statement that “he has been working in coordination with the National Police to clarify the facts.” Copyright © 2019, ABC Radio. All rights reserved.