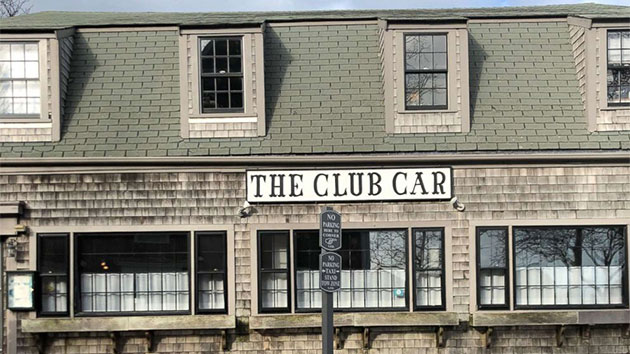 (NANTUCKET, Mass.) — A Nantucket judge has ordered a former summer resident who accused actor Kevin Spacey of groping him in an island bar in 2016 to turn over his cellphone to Spacey’s defense team – after a contentious hearing on Monday in which defense attorney Alan Jackson claimed that the accuser and his mother deleted text messages from the phone that could exonerate Spacey, before sharing its contents with police. Last December, Spacey was charged with a single felony count of indecent assault and battery, an allegation his attorneys have characterized in court papers as “patently false.”The young man making the accusation — ABC News isn’t naming him because he’s an alleged victim of sexual assault — told police that he was working as a busboy at the Club Car bar and restaurant on Nantucket when Spacey came in the night of July 7, 2016, according to court records.The young man claims Spacey groped him at the Club Car after he told the actor he was 23 — not 18 — and the two drank eight to 10 drinks each together. The alleged victim told police he recorded a portion of the alleged groping in a Snapchat video he sent to his girlfriend at the time.Jackson said in court this week that the accuser’s mother, Heather Unruh, told police that she had cleaned the phone of her son’s “frat boy activities” before turning over the phone to police for a forensic analysis. That analysis turned up inconsistencies between screen shots the accuser sent to police and the extraction report completed by prosecutors, Jackson said.Unruh is a former anchor at ABC Boston affiliate WCVB-TV.“At 1:41 a.m. [on July 8, 2016] there was a text, according to the forensic report, that [used the alleged victim’s first name, that urged him] to “leave and go home,” Jackson said in court.In response, according to Jackson, the alleged victim texted back, “‘Should I, actually?’”Portions of subsequently-deleted text exchanges cited by Jackson turned up the words “picture” and “help,” according to the attorney.Before “he handed the phone to police, he deleted the entire message except the word ‘help’,” Jackson contended. “Their extraction report only shows ‘help.’ That’s the kind of cleansing [the accuser] and Heather were undertaking.”Now Spacey says he wants his own experts to analyze the phone to get the most complete picture possible of the accuser’s communications the night of the alleged incident, on Friday the judge granted that request.On Monday, Jackson urged the judge to set a trial date for this summer, but the judge said any trial would not likely take place until the fall. Criminal trials are only held every other month on the resort island off the coast of Massachusetts.A civil attorney representing the accuser declined comment to ABC News. Copyright © 2019, ABC Radio. All rights reserved.