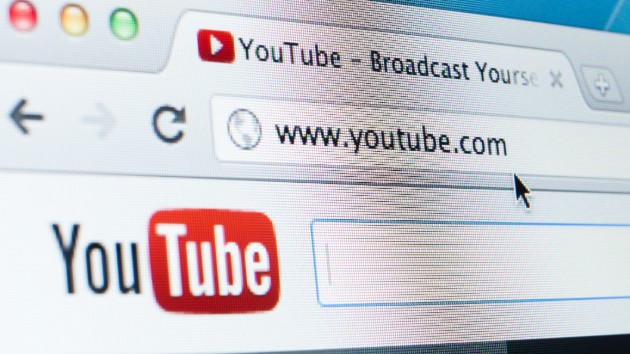 (NEW YORK) — Independent journalist Ford Fischer received three emails from YouTube on Wednesday. The first two detailed why videos he had posted to his channel had been taken down. Six minutes later, the third email arrived announcing that he’d no longer be able to make money from his account, he told ABC News.A day later, Fischer, who documents cases of activism and extremism, was swept up in the latest controversy surrounding the streaming media giant as it grappled with its ever-evolving content strategy. The Google-owned company is often critized for how it moderates content — usually regarding hate speech and pedophilia — but that criticism has been particularly sharp this week.”My work is raw coverage of activism and extremism that’s necessary for critical analysis of big issues, documentaries and news,” Fischer, who had over 27,000 followers on YouTube on Thursday night, told ABC News. He added that just overnight after YouTube’s actions, he gained an additional 600 on his channel, News2Share.”The channel still technically exists, it’s just financially fruitless to post there,” Fischer said.

Despite selling his footage to news outlets including CNN, ABC, Fox, BBC and PBS, his two major sources of income are Patreon subscribers and YouTube ad revenue. As of late Thursday, he had not heard back from YouTube about his account.”I tended to consider those things to be a monthly budget and licensing fees from news outlets to be profit,” Fischer said. “Those fees are obviously somewhat inconsistent depending on the exclusivity and the interest level in the content.”In its letter to Fischer, YouTube said it found a significant portion of his channel was not in line with their Partner Program policies. It didn’t cite specific instances, but said Fischer would be able to re-apply to the program in 30 days if changes to the channel were made that put it in line with YouTube’s policies.YouTube did not immediately respond to multiple requests for comment from ABC News.Fischer said he is part of a group of YouTubers who post controversial content for documentary or teaching purposes, and that collectively they have been unfairly penalized in a sudden crackdown on extremism that YouTube announced on Wednesday.Under pressure from both the left and the right, YouTube addressed the mixed messages it had signaled this week with regard to the claims from Carlos Maza, a gay Latino journalist who says he was being harassed by right-wing shock jock Steven Crowder over the course of years. Crowder’s videos show him referring to Maza’s sexuality and race through slurs.Crowder did not respond to requests for comment from ABC News through email or social media.YouTube seemingly reversed itself on Wednesday, igniting ire from all sides, after it investigated Maza’s claims, allowed Crowder to remain on the platform and then said it would demonetize him but allow him back if he removed links to offensive T-shirts from his site.”In the case of Crowder’s channel, a thorough review over the weekend found that individually, the flagged videos did not violate our Community Guidelines,” YouTube said in a blog post late Wednesday.”However, in the subsequent days, we saw the widespread harm to the YouTube community resulting from the ongoing pattern of egregious behavior, took a deeper look, and made the decision to suspend monetization. In order to be considered for reinstatement, all relevant issues with the channel need to be addressed, including any videos that violate our policies, as well as things like offensive merchandise,” YouTube said.The problem for creators like Fischer, is that a new crackdown on hate speech and white supremacists YouTube also announced on Wednesday also cut into his livelihood.”Today, we’re taking another step in our hate speech policy by specifically prohibiting videos alleging that a group is superior in order to justify discrimination, segregation or exclusion based on qualities like age, gender, race, caste, religion, sexual orientation or veteran status,” YouTube officials wrote in a separate Wednesday blog post focused on hate speech.”This would include, for example, videos that promote or glorify Nazi ideology, which is inherently discriminatory. Finally, we will remove content denying that well-documented violent events, like the Holocaust or the shooting at Sandy Hook Elementary, took place,” the YouTube post said.A history teacher in Romania, Scott Allsop, was also banned for posting videos that included archival footage of Nazi propaganda, which he used for teaching.After tweeting at YouTube, Allsop’s channel was banned. He said he worried for others in his position.”Last night @YouTube banned my history channel under their new ‘hate speech’ rules. I tweeted about this, and my situation soon became widely known. I’m lucky YT reviewed my channel and recognised their mistake quickly, but there are many others who have not been so fortunate,” Allsop tweeted.Copyright © 2019, ABC Radio. All rights reserved.