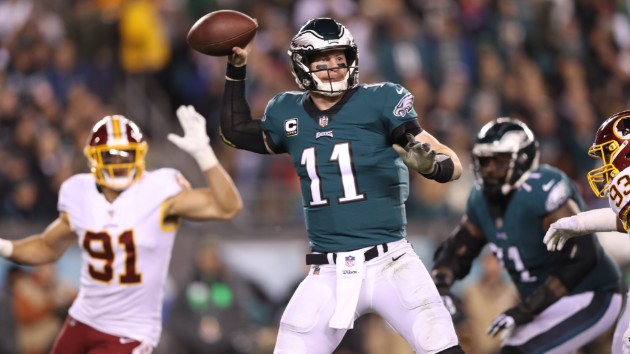 (PHILADELPHIA) — Philadelphia Eagles quarterback Carson Wentz will be staying in the City of Brotherly Love through the 2024 season.The team announced Thursday night that it had come to an agreement on a four-year contract extension for the 26-year-old, who was drafted by Philadelphia in 2016.While the Eagles did not release details on the deal, a source tells ESPN the extension is for $128 million. It includes $107.9 million guaranteed, including $66 million due at signing, according to the source, who added that the deal could go up to a maximum of $144 million.“Wentz’s total deal is now six years for $154 million and can grow to a max of $170 million,” ESPN reports.Copyright © 2019, ABC Radio. All rights reserved.