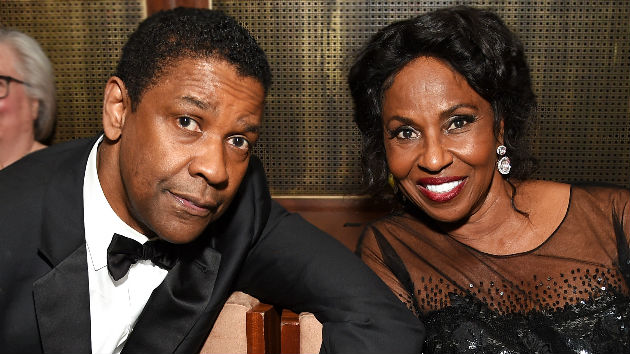 Photo by Michael Kovac/Getty Images for AFI
Posted on June 7, 2019 by ABC News

(LOS ANGELES) — On Thursday night, Oscar winner Denzel Washington was honored for his contribution to the arts at the 47th American Film Institute Life Achievement Award gala tribute in Hollywood.

Prior to the event, which celebrated Washington’s career, life and legacy, Entertainment Tonight asked Washington– who was accompanied by his wife Pauletta Washington– what he considers to be his biggest lifetime achievement.

Washington then turned to his wife of 35 years, as if to ask her to answer for him.  She smiled and replied, “His four children.”

“[Actually] I was pointing to her!” Denzel corrected, nodding at Paulette. “That’s my biggest lifetime achievement!”

Denzel also opened up about being honored by the AFI and getting support from stars like, Spike Lee, Chadwick Boseman, Jennifer Hudson, Mahershala Ali, Michael B. Jordan, Cicely Tyson and Julia Roberts who came out to help celebrate his career and legacy.

“I’m humbled, I’m grateful, I’m thankful… I’ve never done this before so I can’t really tell you how I feel,” he admitted. “It doesn’t feel like other times I’m on the red carpet. I’m usually promoting a film or at an award show. [Here] I’ve already won, I guess, so it’s different. It’s relaxed.”

According to Entertainment Weekly, the night was filled with plenty of standout moments including Boseman, who called Washington the G.O.A.T. .

“There is no Black Panther without Denzel Washington,” he said. “Not just because of me, but my whole cast, that generation stands on your shoulders.”