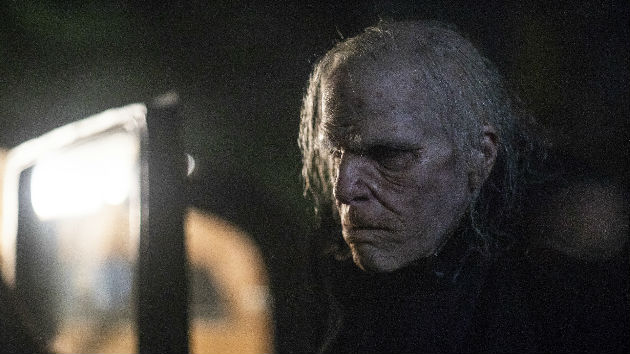 This idea — of things that just “aren’t right” — in part inspired Hill’s book NOS4A2 [pronounced nos-fer-AH-too, like the vampire classic], which has inspired the new 10-episode AMC series of the same name.

“When I was working on NOS4A2 I was thinking about Christmas music,” he tells ABC Radio. “It’s great when it’s November and you start hearing carols on the radio. But if it’s the middle of the summer and you’re walking in the woods and you pass a dilapidated shack…and you hear watery Christmas music coming from inside, you’re going to turn around and walk the other way as fast as possible.”

Like his book, the series centers on the evil Charlie Manx, who drives a Rolls Royce that runs on human souls. Manx, played by Star Trek movie actor Zachary Quinto, lures children into his car and whisks them away to a supernatural world known as Christmasland.

“He drains away all their unhappiness, all their regrets, all their guilt,” Hill explains. “And by the time they get to Christmasland…they’re basically…playful, cheerful monsters.”

Newcomer Ashleigh Cummings stars in NOS4A2 as Vic McQueen, a strong young woman who learns she’s the only one with the power to stop Manx and save the kids.

Hill explains having 10 episodes to adapt his book let him create “far more intense” suspense than a two-hour movie could, because it give you time to “fall in love with the characters” before they’re “put though the wringer.”

Families say more should have been done after 3 murders at New York City housing complex
Larry King remembered by celebrities, politicians: ‘A newsman who interviewed the newsmakers’
States trying to ramp up vaccinations frustrated by shortages
“I was just trying to keep warm!” Bernie Sanders laughs on ‘Late Night’ about his meme-ready picture
New storms to cross US with heavy snow, dangerous thunderstorms, wind chills
Athleta extends sizing to offer sizes up to 3X