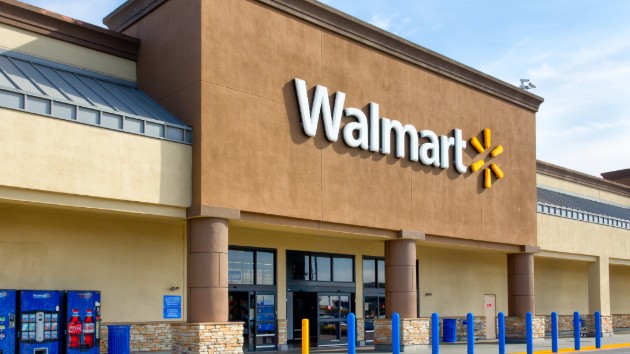 (NEW YORK) — Sen. Bernie Sanders took his criticism of American economic inequality to one of its alleged perpetrators on Wednesday, condemning leadership of the retail giant Walmart over low employee wages at its annual shareholder meeting in Arkansas, while lobbying for a resolution that would give hourly workers a seat on the company’s board of directors.”Despite the incredible wealth of its owner, Walmart pays many of its employees starvation wages – wages that are so low that many of these employees are forced to rely on government programs like food stamps, Medicaid, and public housing in order to survive,” Sanders, I-Vt., said during brief remarks that were limited to three minutes. “Frankly, the American people are sick and tired of subsidizing the greed of some of the largest and most profitable corporations in this country.”The presidential candidate’s speech came on behalf of North Carolina Walmart employee Carolyn Davis, a member of the workers’ rights organization United for Respect, who filed the proposal for an hourly worker representative to be added to the company’s board of directors position ahead of the shareholders’ meeting.Sanders, who has made economic inequality a centerpiece of his nearly four-decade-long political career, has regularly used Walmart, its founding Walton family and its treatment of its employees as examples of why he characterizes the nation’s economy as “rigged,” arguing that the company and the billionaire family have been able to avoid paying their “fair share” of taxes while simultaneously denying workers a living wage.In recent days, he’s further noted that the Waltons earn the same amount of money — $25,000 in one minute — compared to what the average Walmart employee makes in one year. He elaborated on Wednesday that the retailer’s revenue could easily cover the cost of providing its low-wage workers with raises.”Last year, Walmart made nearly $10 billion in profit. It paid its CEO over $20 million in compensation. And it has authorized $20 billion in stock buybacks, which will benefit its wealthiest stockholders,” Sanders said Wednesday. “Surely, with all that, Walmart can afford to pay its employees a living wage of at least $15 an hour.”Because the Walton family holds a near majority of votes at the shareholders’ meeting, the resolution was not expected to pass and did, in fact, ultimately fail. After Sanders had concluded, the company’s Executive Vice President of Global Governance Rachel Brand also noted that the company did not support the proposal, but that “the importance of listening to and investing in our associates” was reflected in earlier remarks by its CEO Doug McMillon.The senator’s appearance came as workers’ and union rights have emerged as a rallying point for nearly the entire Democratic presidential field in recent weeks. Already in 2019, candidates have demonstrated with striking Stop & Shop grocery store workers and McDonald’s employees, as they argued for better benefits and higher pay, among other issues. On May 23, presidential candidates Julian Castro, Bill de Blasio and Jay Inslee all attended McDonald’s events in-person, and Sanders — who held a video town hall for the occasion last month — will do so on Sunday in Iowa, his campaign announced shortly after his Walmart speech.Sanders, in particular, has promoted the efforts as examples of his platform manifesting itself. In the 24 hours prior to his speech in Arkansas, the senator posted video testimonials from Walmart employees to his Instagram and Twitter accounts, where several of the workers lamented their low wages, inability to take time off and safety concerns.The ability of the potential hourly workers’ representative to advocate for a wage hike and other working condition improvements with the Walmart board was the rationale for the resolution proposed by Davis, who has worked at Walmart for 11 years. In a statement in late May, she said associates “should have the power to decide what happens at the company many of us have given our working lives to.””This is fundamentally about hourly associates having the power to drive corporate change at the top, because C-suites and corporate boards are leaving us behind,” Davis added.In his remarks, Sanders said, “The concerns of workers, not just stockholders, should be part of board decisions.””Today, with the passage of this resolution, Walmart can strike a blow against corporate greed and a grotesque level of income and wealth inequality that exists in our country,” he added.McMillon shifted some of that burden on the federal government, telling the meeting — ahead of Sanders’ remarks — that “it’s time for Congress to put a thoughtful plan in place to increase the minimum wage.”Last year, Sanders attempted to address the issue legislatively by proposing what he called the “Stop WALMART Act,” a bill introduced in conjunction with Rep. Ro Khanna, D-Calif. — who is now a co-chair of Sanders’ campaign — that would prohibit companies from engaging in stock buybacks unless it pay their employees at least a $15 per hour minimum wage, give workers the opportunity to earn at least seven days of paid sick leave and create a ceiling for CEO compensation at 150 times the median employee salary. McMillon’s more than $20 million in compensation in 2018 was 1,000 times more than Walmart’s average employee wage.The act, built upon similar legislation targeting Amazon, also co-introduced by Sanders and Khanna, would tax corporations for each of their employees who receive government-funded health or food assistance, thereby incentivizing them to raise wages and expand coverage. Neither bill was taken up by the 115th Congress last year and each died when the body adjourned.But Sanders cited Amazon in Arkansas on Wednesday as an industry leader in regard to wages, noting that it, along with Costco and Target, has already taken steps to guarantee its employees a $15 minimum wage.Copyright © 2019, ABC Radio. All rights reserved.