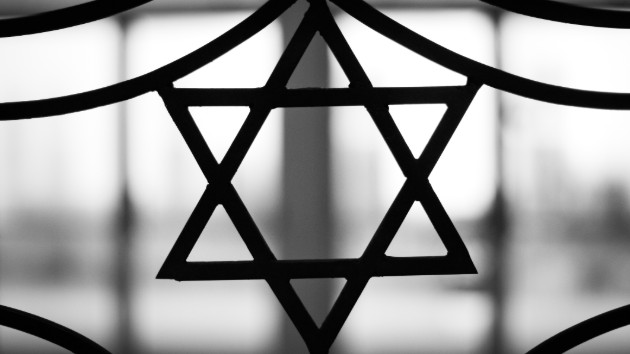 (NEW YORK) — Eleven years after his brother Gabriel died by suicide, Rabbi David-Seth Kirshner told his emotional story during a service at his new synagogue for the first time. It was an unusual way to greet his new congregation, but he wanted to set the tone early.Kirshner says the best way to deal with tragedy is talk about it. Likewise, on the latest episode of the podcast “Life After Suicide,” hosted by ABC News chief medical correspondent Dr. Jennifer Ashton, Kirshner talks about how people with mental illness should be as free to discuss their issues as someone with a cancer diagnosis. Kirshner is out to destigmatize suicide — and mental illness as a whole — and the way the broader population sees it. The way to do that, he said on the podcast, is “to just say it.”“Mental illness is not contagious and we need to stop treating it like the cooties. Do not be afraid to help those in need, get close to them and be the support they desperately require and will benefit from in this time of need,” he said in a blog post for the Jewish Standard.As a family, they were unprepared for Gabriel’s death, Kirshner said.

“[His death] catapulted us into a fraternity of scores of people who are survivors of suicide. Their loved ones have [died by suicide], and it’s a fraternity you’re totally unaware of until you’re entered into it,” he said.Gabriel’s death sent Kirshner down a spiritual road to recovery that eventually led to acceptance. Kirshner said he now uses his faith and spirituality to have open talks with individual members of his congregation.Ashton and Kirshner’s podcast episode explores religion in grief and the role spiritual leaders play in helping others navigate their own journey.In his own congregation, Kirshner said he reminds his members that everyone recovers at a difference pace and in different ways.“Creating that space where people can go at different paces is a really important thing to do” said Kirshner.Kirshner said his own path involved meeting other survivors, who gave him strength and set him and his family on the path to help others who suffered through similar losses. He said that he also learned what is actually important to him: family, friends and being genuine, kind, loving and supportive. Now, other concerns don’t seem to matter as much to his family, he said.“It defibrillated us to focus,” Kirshner said.In “Life After Suicide,” Ashton talks about her family’s journey after the loss of her ex-husband. In it, she describes the rollercoaster ride of recovery and pain among the family, as well as the obstacles they went through and their resiliency and ultimate growth together.”It’s OK to feel this way and it’s okay to seek help, and it will get better,” Kirshner said.Having a loved one who has died by suicide doesn’t make it any less tragic, Kirshner said. He tells those who seek his help that it’s OK to ask for help and that it will get better because “you become better equipped and learn how to live with that reality, and that’s the difference.”The newest episode of the podcast “Life after Suicide” is available now.If you or someone you know is struggling with suicidal thoughts, contact the Suicide Prevention Lifeline at 1-800-273-TALK (8255) where you’ll be put in touch with a local crisis center. Copyright © 2019, ABC Radio. All rights reserved.

Families say more should have been done after 3 murders at New York City housing complex
Police, residents plead for ceasefire after South LA sees 59 shooting victims in 1st 2 weeks of 2021
Pastor says addressing resistance to Biden administration is part of the job
John Krasinski, Dan Levy, Regina King are the first ‘SNL’ hosts of 2021
Lawmakers outraged at images of National Guard sent from Capitol to parking garages
‘Game of Thrones’ prequel, ‘Tales of Dunk and Egg’, in the works at HBO