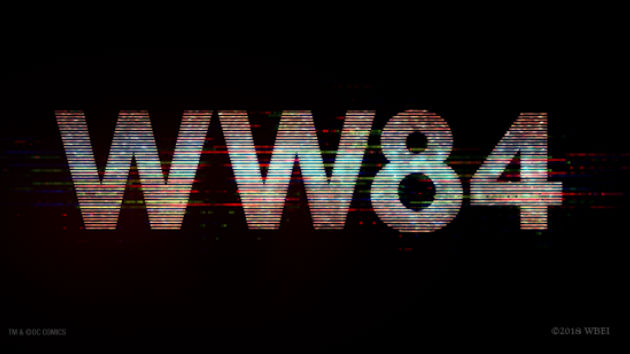 (LOS ANGELES) — Wonder Woman 1984 director Patty Jenkins tweeted the first official promotional image from the film on Wednesday, and it looks like the superhero, played by Gal Gadot, is getting a makeover. The shiny red and blue costume Gadot wore in the first film has been replaced with gold armor, which she’s seen modeling against a background of ’80s-appropriate neon colors in the form of a W.

The image might have been to try to soften the blow for fans, as director Patty Jenkins also added that the movie — and others from Warner Bros. — will be not be making an appearance at this summer’s Comic-Con International in San Diego. “By now you’ve heard: WB isn’t going to Hall H this year,” Jenkins wrote, referencing the main stage where big projects are unveiled. “We’re so sad to miss you there!”

Jenkins added, “And waiting until Dec. to start our official #WW84 campaign in full– But the truth is… we can just… barely… wait…”The wardrobe change isn’t out of character for Wonder Woman, whose costume has gone through several changes in the comics. Over the years, she’s rocked a cape, a star-spangled skirt, a Greek warrior helmet, an all-black outfit, and even white slacks and a turtleneck.