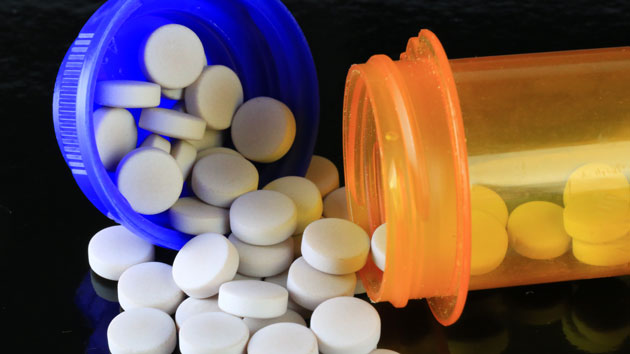 (NEW YORK) — Opioid manufacturer Insys Therapeutics has agreed to pay a $225 million settlement to resolve the federal government’s criminal and civil investigations into the company’s illegal marketing of a powerful but highly-addictive painkiller, prosecutors said Wednesday.As part of the deal, Insys Therapeutics will pay a $2 million criminal fine and $28 million in forfeiture as well as $195 million to settle allegations that it violated the federal False Claims Act, while the company’s operating subsidiary will plead guilty to five counts of mail fraud, according to a statement from the U.S. Attorney’s Office for the District of Massachusetts.Insys Therapeutics officials said the deferred prosecution agreement with the government is “in the best interest of the company and its stakeholders.””Insys Therapeutics believes that the agreements with the Department of Justice, Office of Inspector General of the Department of Health and Human Services (OIG), and certain U.S. Attorneys’ offices are in the best interests of the company and its stakeholders,” the company said in a statement to ABC News. “These agreements include a corporate integrity agreement and conditional exclusion release between INSYS and OIG, in which OIG agrees it will not seek to exclude INSYS Therapeutics from key healthcare programs if it complies with the terms of the agreement, thus enabling the company to continue providing its products to patients who depend on them.”Prosecutors said that Insys Therapeutics used sham “speaker programs” from August 2012 to June 2015 to pay bribes and kickbacks to doctors and nurse practitioners in exchange for writing prescriptions for Subsys, a fentanyl-based medication that’s sprayed under the tongue, and for increasing the dosage of those prescriptions.One practitioner was a physician assistant in New Hampshire, who prosecutors said did not write any Subsys prescriptions until joining the Insys Therapeutics’s speaker program in May 2013. After joining the program, the assistant wrote approximately 672 prescriptions for the highly-potent painkiller and, in turn, received $44,000 in kickbacks, prosecutors said.“For years, Insys engaged in prolonged, illegal conduct that prioritized its profits over the health of the thousands of patients who relied on it,” Andrew E. Lelling, the United States attorney for the District of Massachusetts, said in a statement Wednesday. “Today, the company is being held responsible for that and for its role in fueling the opioid epidemic.”An average of 130 Americans die every day from an opioid overdose.The number of fatalities in the United States involving fentanyl, a synthetic opioid, climbed more than 1,000 percent from 2011 to 2016, according to a report by the U.S. Centers for Disease Control and Prevention.Subsys was approved by the U.S. Food and Drug Administration in 2012 only for use in adult cancer patients who were already receiving — and were tolerant of — round-the-clock opioids.Last month, a federal jury in Boston found five former Insys Therapeutics executives guilty of racketeering conspiracy. A total of eight company executives have been convicted in Boston for crimes relating to the illegal marketing of Subsys.“The opioid epidemic has devastated communities and ravaged families across this country,” Jody Hunt, assistant attorney general of the U.S. Department of Justice’s Civil Division, said in a statement Wednesday. “Today’s settlement sends a strong message to pharmaceutical manufacturers that the kinds of illegal conduct that we have alleged in this case will not be tolerated. I want to assure the families and communities ravaged by this epidemic that the Department of Justice will hold opioid manufacturers accountable for their actions.”Copyright © 2019, ABC Radio. All rights reserved.